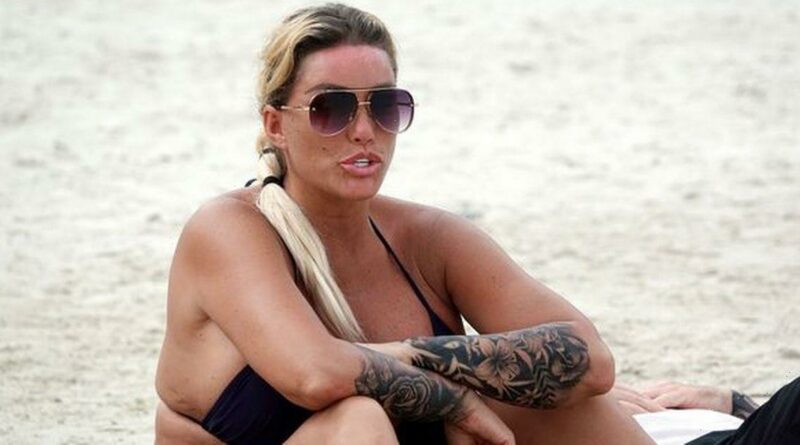 Katie Price has been slammed for going back to her roots with an OnlyFans shoot with former Love Island star Hannah Elizabeth.

The former glamour model, 44, teamed up with the 32-year-old Playboy bunny as part of her latest business venture.

Katie posted a sneak peak of the shoot on her Instagram account and there was a clear divide among the star's 2.7 million followers, with hundreds reacting negatively to the post, reports The Sun.

READ NEXT: Murderer does ASDA shop after stabbing dad in 'drugs row' leaving him to die

One user wrote: "For goodness sake, think of your child and the rest of your family."

Another penned: "I hope your kids don't see that," while a third wrote: "Your son is celebrating his success in his career and your doing this. He must be mortified. Give the game up love."

It comes just days after Katie appeared in court for breaching the rules of a restraining order when she sent a foul-mouthed text about her ex-husband Kieran Hayler's fiancée Michelle Penticost.

The star came close to prison time after admitting the breach when she sent a text to Kieran, branding his partner a 'gutter s**g'.

The former Celebrity Big Brother housemate, who already has nine driving convictions and must return to court over her bankruptcy, was given 170 hours of unpaid work.

However, only days later she has set off for the Southeast Asian country, where she will stay in a 'plush Thai hotel' and spend two-weeks with Carl Woods.

However, her legal problems are not over, as she is involved in a case at Crawley Magistrates' Court on July 5 after being charged with speeding and failing to provide information to the police.

The troubled celebrity was allegedly clocked driving over the 60mph speed limit just 11 days before she crashed her car in September last year.

Price avoided jail for September's booze and drug-fuelled crash by checking herself into the Priory for rehab costing nearly £7,000 a week. In total, she has been banned from the roads six times.