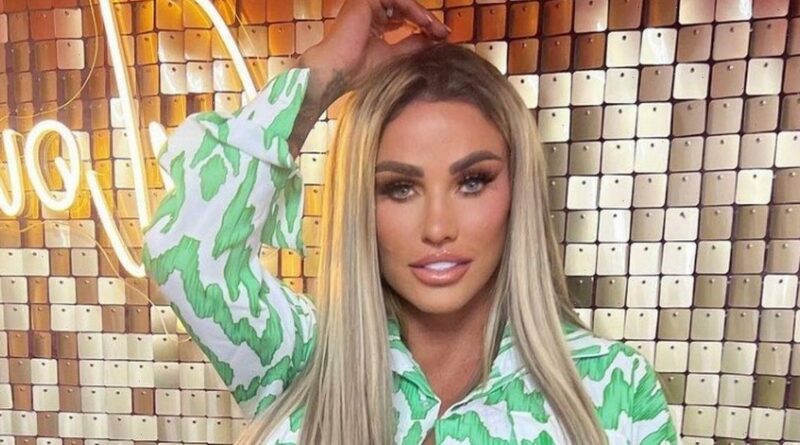 Former glamor model and reality star Katie Price has continued to promote her makeup master classes, despite being faced with a jail sentence.

The 44-year-old encouraged fans to grab a ticket for the event where she is accompanied by her makeup artist Fern Howe-Shepherd.

Tickets cost £80 per session, and the pair have been raking it in with their intimate classes with fans.

She has added new dates to her tour of the UK as she teaches fans how to get her glam look.

New locations include added dates in London and Cardiff, and she plans to hold one in Ibiza.

Those attending the hour-and-a-half long classes get to learn all of Katie and Fern’s tips and tricks and about their favourite cosmetic products.

Fans can then ask Katie and Fern questions and participate in a meet and greet after the class finishes.

Once the class finishes, fans get a goody bag with £20 worth of items inside, including makeup brushes.

But the added dates could be thrown into chaos if Katie is given a custodial sentence, as she has been warned by a judge that she is facing just that.

The Mucky Mansions star appeared in Lewes Crown Court alongside her boyfriend Carl Woods on May 25 to plead guilty to breaking a restraining order in place against her after a previous incident with Michelle.

Judge Stephen Mooney told Katie and her legal support that she is “at risk of going to prison”.

He said: "Clearly you have accepted responsibility for an offence.

"That means you are at risk of going to prison."

Her sentencing date has been set for June 24, when she will return to court.

Michelle, 39, has been with Katie’s ex-husband Kieran Hayler since 2018, after they met at their children's school.

Pricey shares two children with him, Jett and Bunny, from their relationship between 2011 and 2018.