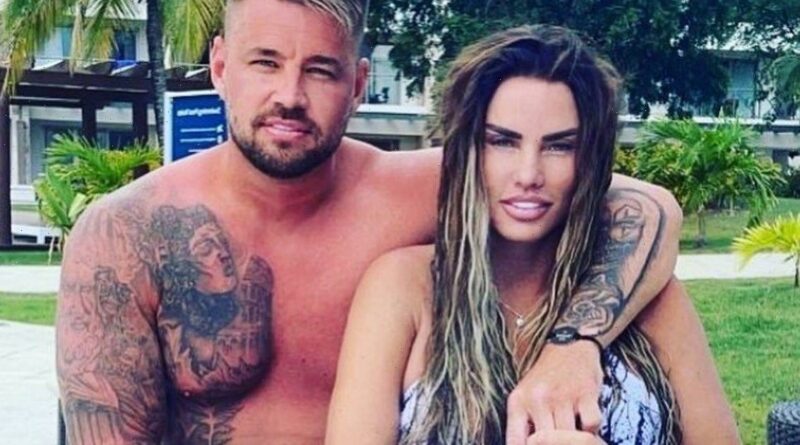 Carl Woods flashed another massive tattoo of girlfriendKatie Price’s face when the lovebirds were snapped on a break in Turkey this week.

The media personality had gone to Istanbul for a couple of days with her 32-year-old fiancé so she could get her hair extensions freshened.

As the Essex-born car dealer was spotted waiting for Katie’s hairdressers to work their magic, his new ink was on full display.

Carl was pictured leaning on a table as he looked back to talk to Katie, who was sitting in front of a huge salon mirror wearing several hair clips.

The whopping tattoo looks to be around five or six inches long and a few inches wide and sits proudly on the back of his forearm.

But this is no first, with Katie’s face honoured in ink elsewhere on Carl’s body too.

The formerLove Islandcontestant, who has been in a high-profile romance with the former glamour model since 2020, sports at least two other images of his Brighton-born partner on his skin.

He’s not the only one either, as the mum-of-five returns the compliment with a portrait of Carl on her own arm.

The loved-up pair jetted off to Turkey following Katie’s promise to fans that Carl had “nothing to do with” the ongoing investigation into her recent alleged assault.

TheI’m a Celebstar took to Instagram to argue: “I’ve ALWAYS said DON’T believe everything you read in the media”.

Implying he’d been badly affected by accusations to the contrary, she added: “This man’s mental health is so low and easy to say suicidal”.

Katie might have Carl’s back, but he also used the social media platform to defend himself against trolls who had come for him.

In a video on his Stories, he revealed: "I’ve not been involved in this media world before, and I have never seen how corrupt it is and how it can point fingers at people.

"People can just jump on the bandwagon. They start abusing you and saying the most vile things with no factual information whatsoever."