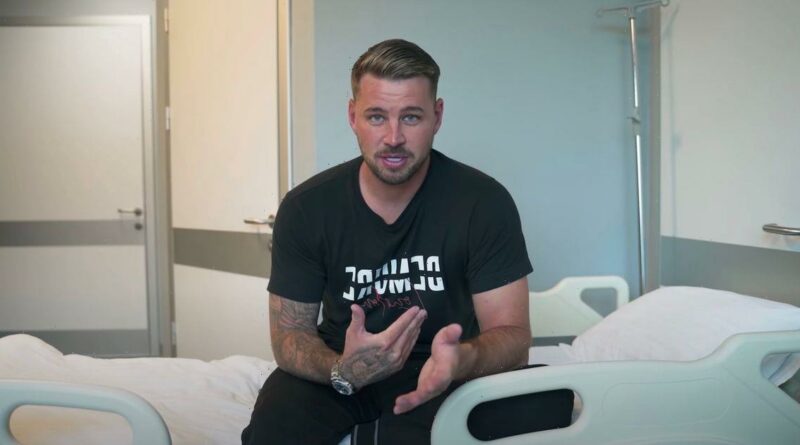 Carl Woods has revealed he’s “not into plastic surgery” moments before he backed out of his own planned cosmetic surgery.

The Love Island star revealed he had “bailed” his first major operation during his fiancée's docuseries on YouTube which exposed the reality of plastic surgery.

During the happy couple’s trip to Turkey last month, Katie Price revealed she received another round of surgery, including a face lift and full body liposuction, ahead of their big day set to take place this winter.

And although the 31-year-old admitted he wasn’t happy with his current physical fitness; he decided to cancel his operation and return to a strict diet and exercise routine to achieve his dream physique the “hard way".

During Katie’s latest exposé video of the plastic surgery industry, her supportive boyfriend Carl revealed his true feelings behind the invasive procedures Katie has undergone throughout her career.

In the 43-year-old's latest highly-anticipated two-part series, Carl admitted: “Basically, I've contemplated it all morning. I'm not on this surgery so I'm not used to it.

“I used to be in good shape when I was going to the gym. Obviously, I’ve not seen the gym in over a year now because I've been trying to keep my business alive, daily stresses and stuff like that and Covid.

“I’ve not been working out so I've been looking at myself and thinking, ‘Ah this is not you.’ so I got sold into the quick fix.”

Although the star was tempted at the thought of a “quick fix” in the months leading up to his wedding, he shared how cosmetic surgery is not the route he ultimately wants to go down.

In the telling interview, he shared: “But when I sit there and contemplate it, I mean Kate loves it and that’s great for her, but for me I'm just not – that ain’t the man that I am.

“I’m not into cosmetic surgery, I'm just going to go back home, work out, diet and do it the hard way.”

As his loving partner was wheeled out of the operating theatre, he admitted to his bride-to-be: “I bailed on it, I didn’t do it in the end,” as she came around from the anaesthetic.

This comes after the mum-of-five unveiled her new plump and full lips after having a Russian lip filler treatment.

Just weeks after the TV star jetted off to Turkey to undergo a gruesome facelift, the Essex-native debuted her new look to her fans on TikTok.

The cosmetic practitioner who had worked her magic on the brunette belle's lips shared her video of the TV personality's new pout online.