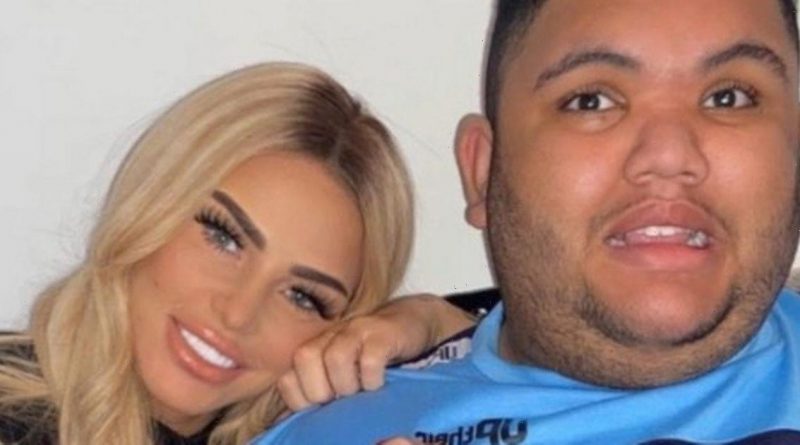 Former glamour model Katie Price shared an adorable message from her son Harvey on Thursday and revealed he's taken up running to help him on his weight loss journey.

The mother-of-five took to Instagram to share the sweet message that Harvey had sent with her fans.

The message read: "Hi mummy. I did some of a lot running before richley house this Afternoon because I feel very happy and very healthy doing some running. I'll Sure see you soon Mummy love from Harvey. [sic]"

Katie, 42, has been very open with her fans about her son’s health conditions and previously revealed that Harvey's weight soared to almost 29st.

However, Harvey has gradually shifted the pounds and has lost an impressive two stone since then.

Discussing the harsh reality of his health, Katie previously said: "He’ll need to lose weight or he’ll end up dead. I don’t want to lose him."

Harvey, 18, has Septo-optic Dysplasia, a rare genetic disorder that affects his eyesight, autism and Prader-Willi syndrome, which can cause learning difficulties and behavioural problems.

Due to his medical conditions, Harvey is unable to control his weight and often craves food.

Doctors have previously warned that he could potentially have a heart attack if his weight is not controlled.

During lockdown, Katie’s first born piled on almost two stone which led her to ask her fans for help and suggestions on how she can manageably control his weight and introduce exercise into his routines.

Reality star Katie spoke to The Sun in November about Harvey and admitted that he has a "cruel illness".

The Whole New World singer explained: "Every time I feed him, it’s killing him.

"Even though it makes him happy, it’s cruel of me to do it.

"He needs to lose weight or he’ll end up dead. He doesn’t deserve that. I don’t want to lose him."

Desperate to take matters into her own hands, Katie spent £10,000 on a pair of hi-tech exercise bikes last week.

A close source explained that Harvey needs to lose around 10 stone in order for him to be at a healthy size.

They also revealed that Katie purchased the bikes to encourage her son, but so she can also work out with him too.