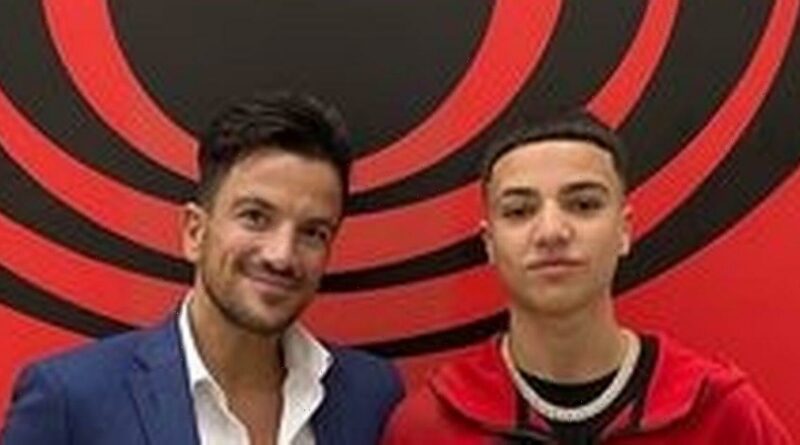 Peter Andre and Katie Price's son Junior is following in his dad's footsteps as he signed a record deal with Columbia records this year.

The pair have been teasing his new track while in the studio together on social media.

The 16-year-old was seen dancing in the background as Peter played a snippet of the track to fans.

The Mysterious Girl singer nodded along to the upbeat track while wearing a cap.

He told fans to: "Stay tuned."

The Sun revealed Junior has already written and recorded several songs after landing the record deal.

Luckily the teenager has inherited his father's singing voice and can be heard talking about girls in his songs which may be painful for his parents to hear.

Some lyrics refer to a woman name-dropping his famous dad in the hope to chat him up online.

He can be heard rapping: “You must be mad, that girl keep callin’ me baby, that’s crazy. We don’t vibe like that.

“Messaging me on socials, says she knows my dad. Lol… What you mean relationship? You ain’t my girl. I married the cash.”

In his song Roller Coaster, the teenager can be heard bragging about wearing Louis Vuitton clothes and giving out Rolex watches.

He raps: “You tell me that, you tell me this, I put a Rollie on your wrist. Matching Louis, hers and his.”

However, he did post on social media to wish him luck.

"Sorry I can't be with you but show 'em what you've got."

The star claimed he was the "most ill he's been in three years" and not only missed the start of his son's music career but two nights performing in Grease the musical.