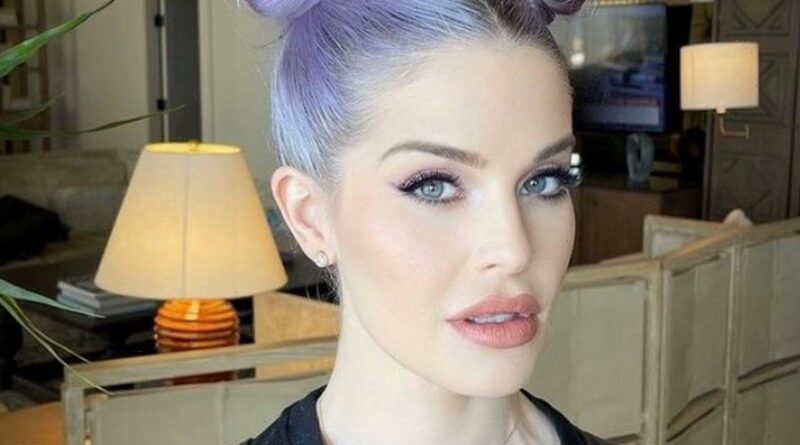 Kelly Osbourne has reportedly checked into rehab and is seeking treatment at a facility in Texas after struggling with sobriety during the pandemic.

The 36-year-old daughter of Ozzy and Sharon Osbourne has reportedly entered the facility after revealing she’s relapsed after nearly four years sober.

Radar Online also reports that the star is planning on quitting Hollywood once she recovers.

In April, 36-year-old Kelly revealed she had relapsed on alcohol following a "nervous breakdown" during the COVID-19 pandemic lockdown.

She revealed back in April: “I don't know why my nervous breakdown happened at the end of the lockdown, I made it all the way through, everything was great, and my life was perfect.

"I'm that girl that when everything is going great, I need to f**k it up a little and make everything a little bit worse in my life.”

During an episode of her podcast, The Kelly Osbourne and Jeff Beacher Show, Kelly said she was sitting by a pool waiting for a friend when she felt the urge to have a drink.

“I saw this woman and her husband had a glass of champagne. It looked really nice and I was like, ‘I can do that, too’. And the next day, I had two glasses. And the day after that, it was bottles,” she explained.

The former reality star wrote a candid Instagram post earlier this year, where she opened up about her struggles with alcohol and her journey to stay sober.

She posted: "I relapsed, not proud of it but I'm back on track… I just want to let you know that I'm sober today and I'm going to be sober tomorrow. But I've truly learned that it is just one day at a time and I wanted to tell you guys the truth cause I never ever want to lie to you."

The star of Project Runway Junior said her recent relapse had solidified that she will have to fight for her sobriety "for the rest of my life," adding, "It’s never going to be easy."

Kelly — who has been in and out of rehab six times over the years — decided to quit drinking for good in 2017.

Kelly blames taking a powerful painkiller, Vicodin, after tonsillitis surgery as a 13-year-old as the catalyst for her dark spiral into addiction.

“They ended up having to give me some crazy surgery, and then after that, they gave me Vicodin, and that was all I needed,” she said in June.

Daily Star has contacted Kelly's representative for a comment.