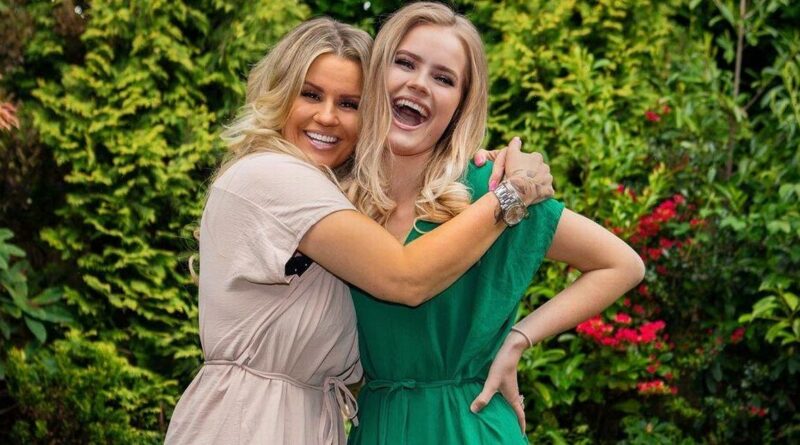 Kerry Katona has revealed in her weekly column that her teen daughter Lilly-Sue has had 'exciting' TV meetings – and has some projects in the pipeline.

The Atomic Kitten singer admitted that her 18-year-old is doing "brilliantly" as she discussed her teenager's career in her OK! Magazine column.

She said: "Lilly is doing brilliantly at the minute. She’s had some exciting TV meetings, so there are definitely a lot of things coming up for her in the pipeline."

Kerry also told readers she had a sleepover with The Vivienne from RuPaul’s Drag Race UK and Chloe Veitch from Too Hot To Handle.

She said: "We had so much fun. We just chilled out and ordered a pizza. They’re both doing Celebrity Hunted for Stand Up To Cancer – so all will be revealed soon.

"I’ve just done a TV show with Chloe, which I can’t tell you about just yet, but that’s how I got to know her. I absolutely adore her."

Kerry explained that Chloe is "so mature" for her tender age of 22, and that she wants her own daughter to follow in Chloe's footsteps as she is "such a good role model".

Atomic Kitten star Kerry, who took part in the 2004 series of I’m a Celebrity Get Me Out of Here!, admitted she bumped into her former co-star Neil Ruddock last week.

But Kerry admitted that she actually missed her daughter's first birthday while in the jungle, and reminisced with Neil when she bumped into him with her daughter in tow.

She said the meeting "definitely made me and Razor feel old!"

Kerry has explained how proud she is of her daughter in the past, after Lilly-Sue admitted she is a practicing witch.

The teen has been casting spells, using tarot cards and meeting up with a coven of other witches.

The 18-year-old explained how she was "always drawn" to spells and crystals before a chance encounter with a pagan ritual while "struggling" in lockdown changed her life.

Lilly explained how she does "spell jars" and "candle spells" for things including personal growth, to encourage a good night's sleep and to "protect her family".

She also believes in the "three-fold law", which says that whatever you put out into the world comes back times three.