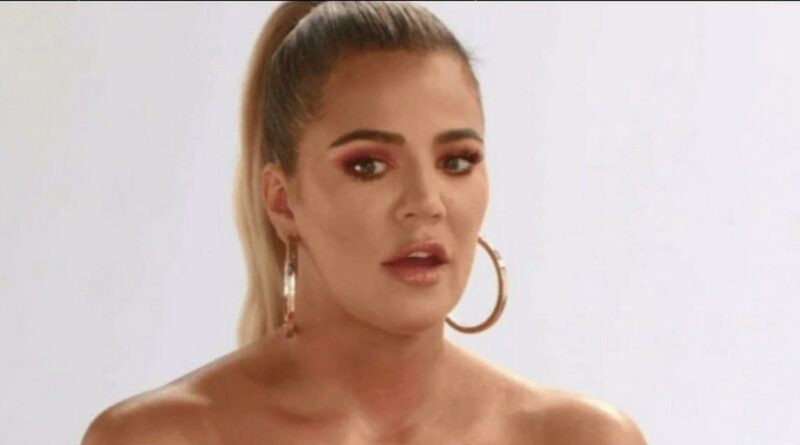 Khloe Kardashian has slammed rumours about her personal life as “fake s**t” in a series of heated tweets.

The 37-year-old took to Twitter to hit out at people making assumptions about her private life.

In one tweet, the Keeping Up With The Kardashians star wrote: "HA! some of y'all really just make up anything and swear it's the truth as if you know what's going on.

"The truth is never good enough… or juicy enough. So you create a narrative that fits what you choose to believe.”

Khloe went on to state that she was being “terrorised” by the fake rumours by people who did not know the truth.

In a follow-up tweet, she wrote, "It is so old at this point. It's always something about people creating fake s*** about me and actually terrorizing me about something THEY ARE CREATING. Without anyone knowing any facts. It's some weirdo s***.’

Khloe added: "It's pathetic but also infuriating all at the same time. People coming at me as if they know anything.”

She was flooded with messages of support from her army of followers, and one person suggested that she turned off her notifications to avoid the unpleasant speculation.

"Such a smart move!!!! This is just so unhealthy at times," Khloe agreed.

She added: "It's outrageous how people feel they have the right to spread such trash and lies about other people. They do it so many people and it's terrible.”

Another fan told the star: "When you play nice for too long, they start stepping all over you. A little cussing out ain’t never hurt nobody!”

Khloe inferred that she won't be so nice when responding to judgmental comments in the future.

"Facts!!!! Because they give so many other people a different type of grace and understanding," she told the fan.

"I get critiqued and judged for any f******* thing. I guess I got to start snapping a little more."

While it is not known what the allegations are that she is referring to, it is thought that they are concerning rumours that she has got back together with her ex-boyfriend and father of her daughter, Tristan Thompson.

It comes after Khloe slammed a fan on Twitter who she had “no self worth” while retweeting a report that claimed the star had given the NBA player “yet another chance” after he cheated on her several times.

“You’re telling me you made an assessment about my life because of a random blog?” Khloe responded. “I think that says more about you than it does about me.”

The former couple is adamant that they have remained split up and are only co-parenting their 3-year-old daughter, True.