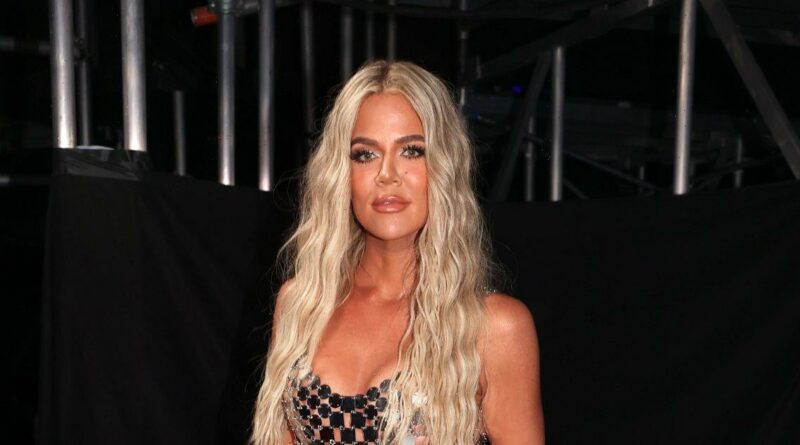 The Keeping Up With The Kardashians star made her first appearance since her on-off boyfriend became engulfed in a paternity scandal.

The 37-year-old made a jaw-dropping appearance at the 2021 People's Choice Awards in Los Angeles looking the definition of glamour.

The blonde beauty wore her long locks past her shoulder in mermaid-like beach waves as she posed up a storm on social media.

The event was hosted at the Barker Hangar in the Santa Monica area where Khloe took home the Best Reality Star award after appearing on her family show and several spin-off shows for the past 14 years.

Khloe shared several photos to social media telling fans that there is: "Nothing quite like good lighting," in one caption.

In another, she penned: "Thank you to the People’s Choice Awards and to my beautiful beautiful people!! I can not believe I won Best Reality TV Star and Best Reality Show.

"Thank you all so so much! From the bottom of my heart, I am truly so grateful and humbled. What an amazing journey this has been."

Fans were quick to comment hailing the star a "Queen" as well as famous friends and family telling the star how stunning she is.

To celebrate Keeping Up with the Kardashians ending after 20 seasons, the family also won Reality Show of 2021 and Khloe was not the only sister to take home an award.

Khloe is mum to three-year-old daughter True, whom she shares with Canadian basketball player Tristan, 30.

The sportsman was accused of cheating on the reality star while she was pregnant with True after women came forward to declare the rumours.

Now a new scandal has come to light, with reports claiming the player is expecting another baby on the way.