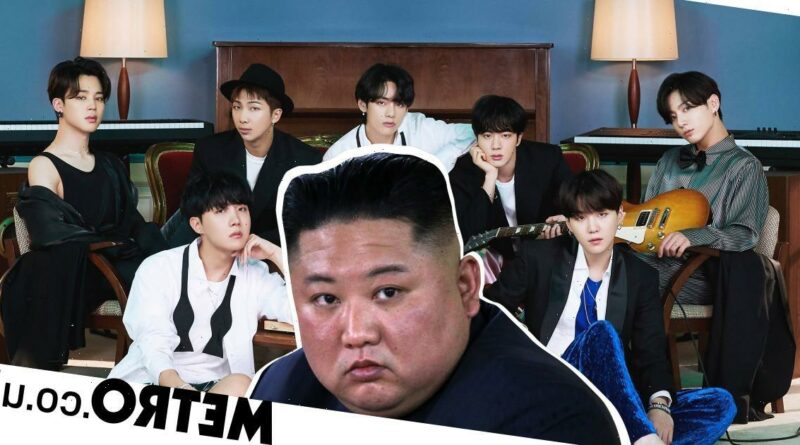 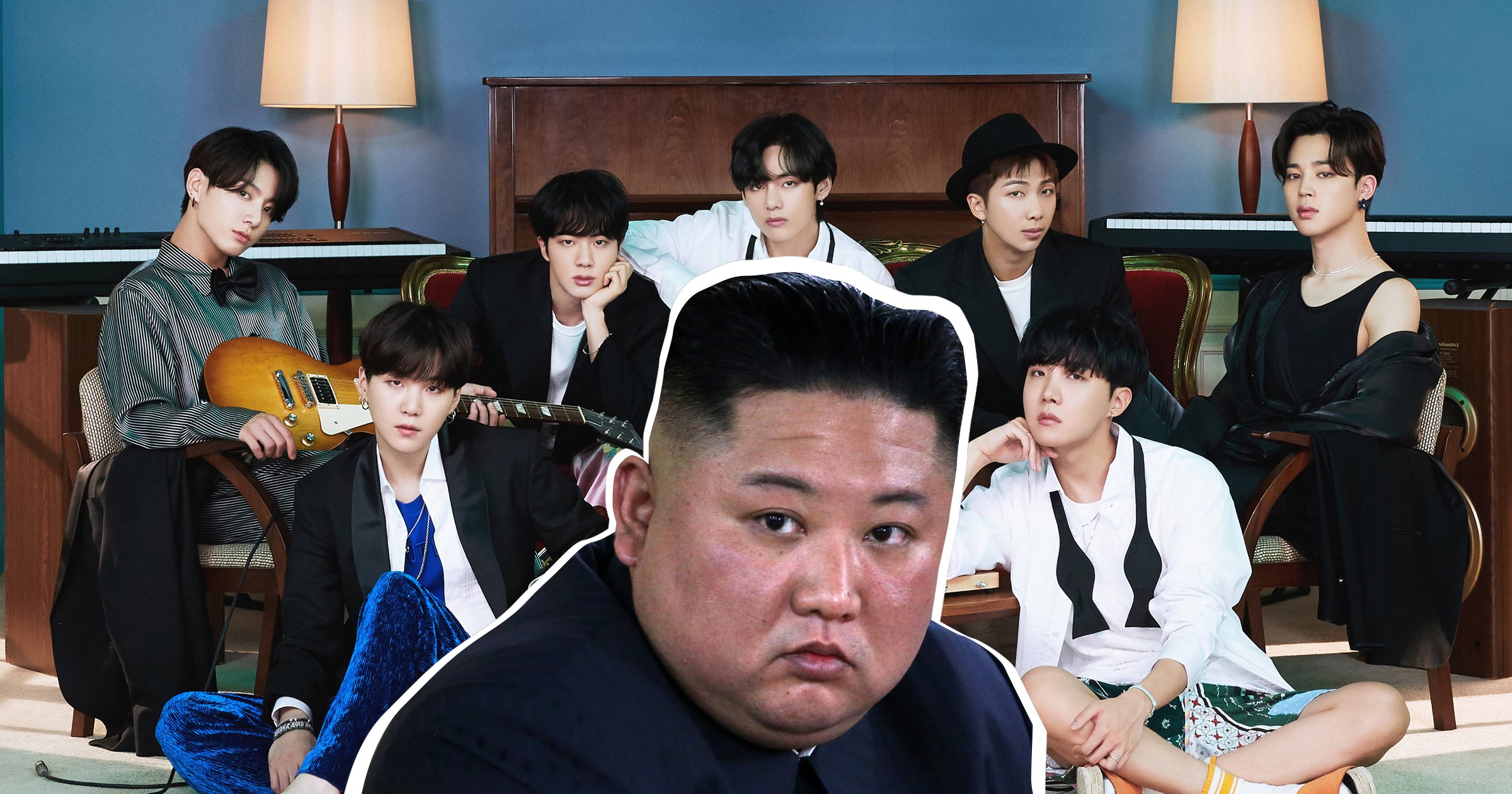 Bands from South Korea have skyrocketed to success, with seven-piece BTS leading the charge.

However, the New York Times reports that the North Korean leader believes South Korean music, films, and videos are corrupting the country he leads.

He is said to be attempting to impose harsher penalties on those who consume the media, with the country’s media also slamming the spread of the ‘anti-socialist’ influence.

Jiro Ishimaru, a chief editor from the Japanese website Asia Press International, said: ‘If this is left unchecked, he fears that his people might start considering the South an alternative Korea to replace the North.’

In December, Kim increased the punishment for watching or possessing South Korean entertainment from five years of hard labour to 15 years in a labour camp.

While many K-Pop bands have seen huge worldwide success over the past few years, BTS, which is made up of V, Jungkook, Jin, Jimin, Suga, RM and J-Hope, have led the industry.

Most recently, the stars swept up at the Billboard Music Awards, picking up three awards.

Meanwhile, their influence has also been shown when companies’ sales have skyrocketed after being even loosely associated with the band.

Jungkook most recently helped tea brand Teazen Co. increase its sales five-fold after he was spotted drinking one of their kombucha products during a live stream, according to Korea Economic Daily.

So powerful is the K-pop star’s influence that the brand attracted multiple buyers after its popularity soared when Jungkook was seen drinking one of their products and was ‘flooded with export enquiries’, according to a spokesperson.

Jungkook also shared a selfie of him in an outfit from the clothing brand FeelEnuff, who posted about it on social media but soon followed up that the knitted vest he had been wearing had already sold out.

For more stories like this, check our entertainment page.

Follow Metro.co.uk Entertainment on Twitter and Facebook for the latest celeb and entertainment updates. You can now also get Metro.co.uk articles sent straight to your device. Sign up for our daily push alerts here.