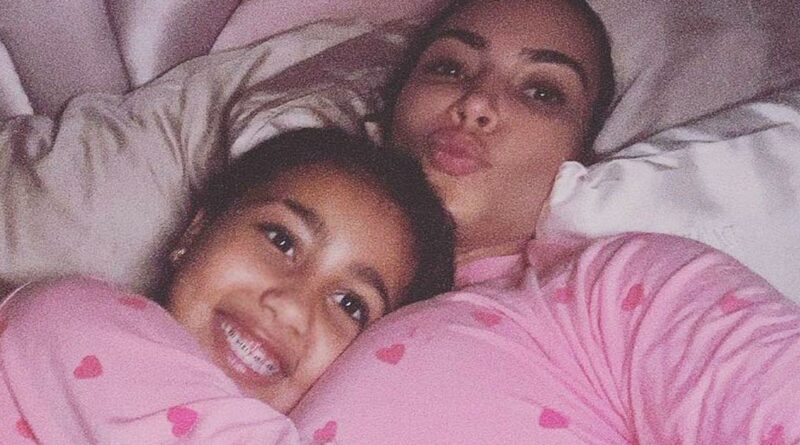 The mother and daughter duo twinned in matching pink heart pyjamas as they posed for several selfies in a pink satin bed.

The eight-year-old showed off her new braces as she beamed for the camera while snuggling up to her famous mother.

The Keeping Up With The Kardashians star seemed to enjoy hanging out with her daughter at their home as she pouted while lying down in the bed.

In a second snap, the pair can be seen laughing away together.

The reality star simply penned a heart emoji to the snaps which she shared to her 286million Instagram followers.

Fans were quick to gush over Kim and her eldest child.

One fan wrote: "The best duo."

A third added: "A queen and princess," followed by a red heart emoji.

Since, the reality queen has unfollowed the father to her kids on Instagram after Kanye used his social media platform to share attacks aimed at Pete, 28.

In a now-deleted rant, Kanye took aim at a comedy sketch Pete performed on Saturday Night Live in 2018.

In the skit Pete mocked Kanye and referenced the rapper's controversial comments about slavery being a choice.

One text to Kanye from Kim, shared on Instagram by the rapper, read: "You are creating a dangerous and scary environment and someone will hurt Pete and this will all be your fault."

Kanye returned to criticising the comedian yet again.

The fresh attacks came as Pete returned to the social media platform himself after having a four-year-long break.