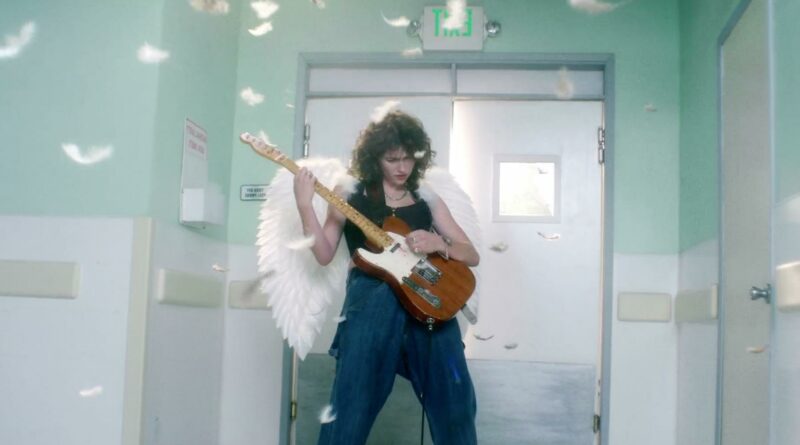 King Princess celebrated the release of her new album Hold on Baby by dropping the bombastic single “Let Us Die,” which features the late Taylor Hawkins on drums.

King Princess, a.k.a. Mikaela Straus, revealed in her recent Rolling Stone cover story that “Let Us Die” was co-written by Ethan Gruska — known for his collaborations with Phoebe Bridgers — and Mark Ronson. She referred to it as her “big-girl song,” where the track builds to the kind of euphoric intensity reminiscent of Soundgarden’s “Black Hole Sun.”

Straus’ partner and creative producer Quinn Wilson directed the video, which features Straus checking into the emergency room for her heart. She undergoes surgery and dies, emerging as a rock star angel shredding the guitar.

Straus told her fans about Hawkins’ contribution on Wednesday via Instagram. “These are two clips from the session where the great Taylor Hawkins graced my record with his magical drumming,” she said of the late Foo Fighters drummer. “Mark [Ronson] suggested that Taylor should play on ‘Let Us Die,’ and I couldn’t believe what I was hearing. Taylor wasn’t only down to play on the song, but he was also the most encouraging and wonderful presence during that session. I started sobbing at one point and Mark couldn’t stop smiling. I have never felt so lucky. Taylor made this song what it is, and I can’t wait for you to hear it.”

“Let Us Die” follows the singles “Change the Locks” — co-written with the National’s Aaron Dessner — as well as “Too Bad,” “Cursed,” “For My Friends,” and “Little Bother” with Fousheé. She’ll embark on a fall tour supporting Hold on Baby on Sept. 28 in Charlotte, North Carolina. The trek wraps in Austin, Texas on Nov. 5.