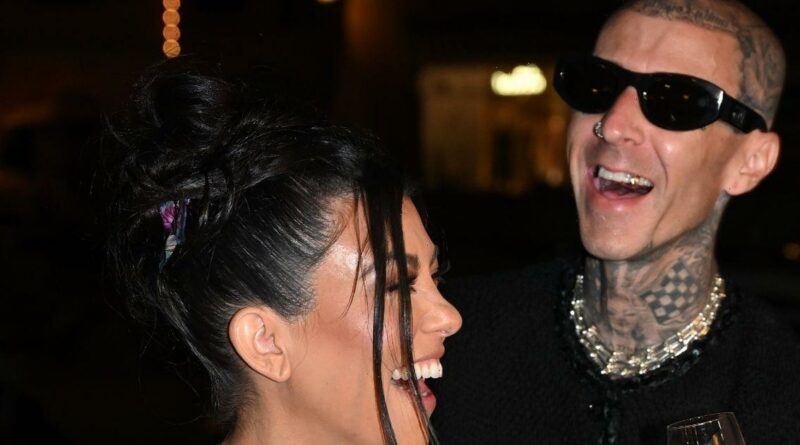 Kourtney Kardashian has changed her name after she married new husband Travis Barker at the weekend.

The Kardashians star tied the knot with her Blink-182 drummer beau on Sunday after just over a year of dating.

Kourtney, 43, got heads turning in her modern mini wedding dress as she wed Travis, 46, in a luxurious ceremony in Portofino, Italy.

The bash saw Kourtney's famous family including mum Kris Jenner and sisters Kim, Khloe, Kendall and Kylie all in attendance as well as Travis' famous bandmates and his best friends Machine Gun Kelly and Megan Fox.

Kourtney wasted no time in taking to Instagram to make a quick update to her account post-nuptials to debut her new marital name.

The change came in her bio section where she previously referred to herself simply as "Kourtney," the description now reads "Kourtney Kardashian Barker," confirming that she has opted to add her new husband's surname to her own.

Kourtney had already hinted at her new moniker when she shared photos of her and Travis at the altar with the caption: "Introducing Mr. And Mrs. Barker."

The newlywed couple and their guests partied until 3 am to celebrate the big day.

On Monday afternoon the pair were seen heading onto their yacht accompanied by Kourtney's daughter Penelope, nine, and son Reign, seven.

While all three of her children from her relationship with Scott Disick were in attendance at the ceremony, eldest son Mason, 12, did not appear to join them on the boat.

During the ocean trip, Kourtney and Travis were photographed standing on the edge of the deck holding hands, dressed in pyjamas, before jumping into the water together.

The marriage is the first time Kourtney has been down the aisle, with Travis getting hitched twice before to Melissa Kennedy and to actress and former Miss USA titleholder Shanna Moakler.