Kylie Minogue’s latest album, the chart-topping Golden, wasn’t (just) a reference to her infamous hotpants. The iconic pop star is celebrating her 50th birthday today (May 28) and she has celebrated with her fans by sharing a heartfelt post on Twitter.

The ‘Come Into My World [Fischerspooner Mix]’ hitmaker has spent the weekend using her social media to reminisce on her 31-year career in the spotlight. 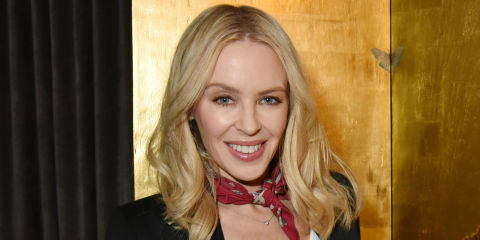 She began by sharing pics from the late 1980s through most of the 1990s, including a classic Rolling Stone cover and filming ‘Where the Wild Roses Grow’ with Nick Cave.

Her next set of photos tracked her career until 2008, featuring her smash-hit album Fever, the sultry video for ‘Slow’ and her transformation into a showgirl.

Kylie followed up with a touching post that read: “This decade also brought the challenge of breast cancer. With the help of family, friends, medical teams and of course all of you, we made it through.”

The star also asked fans to donate to Breast Cancer Care in her honour.

Rounding out her step back in time (reference!), Kylie shared photos from her X and Aphrodite tours, as well as one of her hanging out with the royals.

But that’s not all, she also dropped the music video for the song ‘Golden’, which sees her writhing on a bed and looking radiant at the beach. 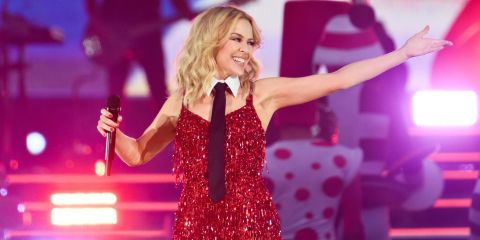 Thanks for all the wonderful pop songs and memories Kylie, and if you want to celebrate further, releasing an album of your B-sides and unreleased demos (*cough* ‘Loving You’ *cough*), that would be lovely.