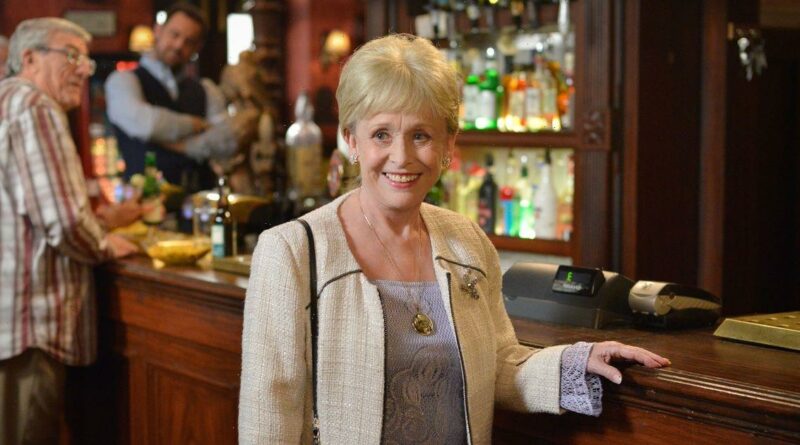 Dame Barbara Windsor was one of British TV's most famous actresses, but her fascinating connection to the notorious gangsters the Kray twins has left some fans open-mouthed.

The EastEnders actress was known as Peggy Mitchell – best known for her "get out of my pub" catchphrase – on the long-running soap, as well as starring in a number of Carry On films.

As she shot to fame during the 1960s, so did two notorious East End gangsters bonded by blood.

More about Barbara and the twins was revealed in a new documentary on ITV, Secrets Of The Krays, which first aired on January 25.

The three-part documentary is airing on Tuesdays at 9pm.

So how did Dame Barbara come to know two of Britain's most infamous gangsters?

How did Barbara Windsor know the Krays? East London upbringing and gangster boyfriends

Barbara was one of the East End's most famous exports and was born in Shoreditch.

Her first husband was gangster Ronnie Knight, who left his first wife.

It wasn't the first time Barbara had crossed paths with a gangster.

In her very telling book All Of Me: My Extraordinary Life, released in 2001, she told of a romp with twin Reggie and also a long-term romance with Charles Kray, the twins' troublesome older brother.

Barbara described meeting them backstage around 1960: "Three guys came in and it was Ronnie, Reggie and Charlie, reminding me very much – Ron [Knight] was the same – of my father, always that sharp double-breasted suit, white shirt and nice blue tie. Very charming."

Never afraid of going into excruciating detail, Barbara said: "I’d discovered the joys of sex and I’d become a right little goer, putting it about freely."

When Barbara's husband was arrested, she was worried the scandal would affect her career.

He was named in court proceedings by barrister Nemone Lethbridge, who claimed on the documentary that Barbara swore at her.

"Barbara's husband was arrested, he was a gangster so I went down to the Old Bailey to apply for bail," she explained

"It [the defence] was the usual thing… settled address, strong community ties, charitable activities, all the cliches, and then: married to a distinguished actress. And the boys in the press gallery go balmy shouting, 'Who? Who? Who?'

"Barbara was furious with me and she came up to me outside the court and she said, 'You f**king little cow, they won't sell me with a pound of sugar in this business now that you've let the cat out of the bag'.

"But, in fact, it was quite the reverse, the press fell in love with her. They thought she was the cheeky little cockney sparrow who stood by her man," Nemone added.

The new series on ITV also claimed that at one point, the Kray twins threatened to shoot the cast and crew of 1963 film Sparrows Can't Sing, starring Barbara.

The BritBox documentary says Ronnie and Reggie dished out the kill threat as 'permission to shoot' the film was not given.

The villainous Kray twins terrorised East London with armed robbery, arson and Godfather-like protection rackets, all with the aim of making a name for themselves and a huge amount of money.

Their murky underworld and luxury nightclubs seemed to attract celebrities willing to play with fire.

Their influence extended to the West End and they owned Esmerelda’s Barn in Knightsbridge, which attracted famous visitors.

As the Krays became more successful, their own dangerous brand of glamou began to attract the best and brightest of the showbiz world, including Barbara, as well as Frank Sinatra and Judy Garland.

Garland, in fact, is reported to have sung Somewhere Over The Rainbow to Violet Kray, the twins' mother.

Ronnie Kray himself said: "In the 60s, the Beatles and the Stones ruled the music world; Carnaby Street ruled the fashion world and me and Reg ruled London. We were f***ing untouchable."

Born in 1933, their violence and misery eventually caught up with them in 1968.

Each were arrested, along with 15 other members of their gang 'The Firm'. A year later, they were sentenced to life in prison and no parole for at least 30 years.

Schizophrenic Ronnie was eventually moved to Broadmoor and died from a heart attack in 1995.

Reggie was released on compassionate grounds in August 2000 and died in October that year.

Thousands of people lined up on the streets on the day of their respective funerals.