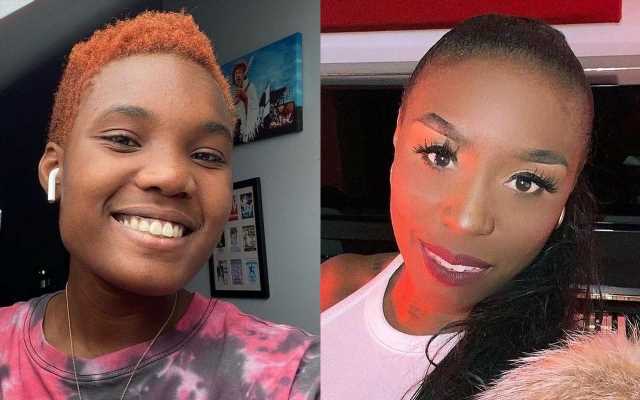 The ‘Pink Noise’ musician says she ‘got robbed’ after the prestigious Album of the Year prize presented by Hyundai was awarded to the ‘Collapsed in Sunbeams’ star.

AceShowbiz –Laura Mvula says she was “robbed” of the Hyundai Mercury Prize.

The “Got Me” hitmaker was among the 12 shortlisted acts in contention for the prestigious Album of the Year prize with her acclaimed LP “Pink Noise“, but lost out to Arlo Parks‘ “Collapsed in Sunbeams” at Thursday night’s (09Sep21) ceremony in London.

While the singer-songwriter says she is happy for the star, she’s not so pleased that her record was not the judging panel’s overall winner.

Taking to Twitter after performing at the awards show at London’s Eventim Apollo, Hammersmith, she wrote, “I get robbed. A lot.” “Mercury Prize can lose my number,” she added in a follow-up post.

Responding to a follower who told her to be happy for Arlo, she replied, “You miss my point.”

The BRIT Award-winner received a winner’s trophy and a cheque for $34,694 (£25,000) before she also performed a song titled “Too Good”, which was taken from the winning album.

In her emotional speech, “Black Dog” singer Arlo said, “Wow, I’m completely speechless. I don’t have the words. It took a lot of sacrifice and hard work to get here and there were moments where I wasn’t sure I would make it through.”

The judging panel – including 2020 winner Michael Kiwanuka – said of their decision, “It was extremely difficult to choose a winner of the 2021 Hyundai Mercury Prize. There were so many strong albums, of such diversity and character.”

“But in the end, we decided that Arlo Parks was an extremely worthy winner. Addressing such complex issues as mental health and sexuality with real empathy, displaying a lyrical wisdom that belied her 21 years, with ‘Collapsed In Sunbeams’ Arlo Parks has created an album that has captured the spirit of the year in a positive, forward-thinking fashion.”

“It has the ability to reach out and remind a wider audience of the timeless art of the album. Arlo is an artist who connects deeply with her generation and reflects the plurality of contemporary British life.”

Arlo also beat off competition from the likes of Wolf Alice, Celeste, Berwyn, Ghetts, Hannah Peel, Nubya Garcia, Sault, and Mogwai to be named the recipient of the Mercury Prize.