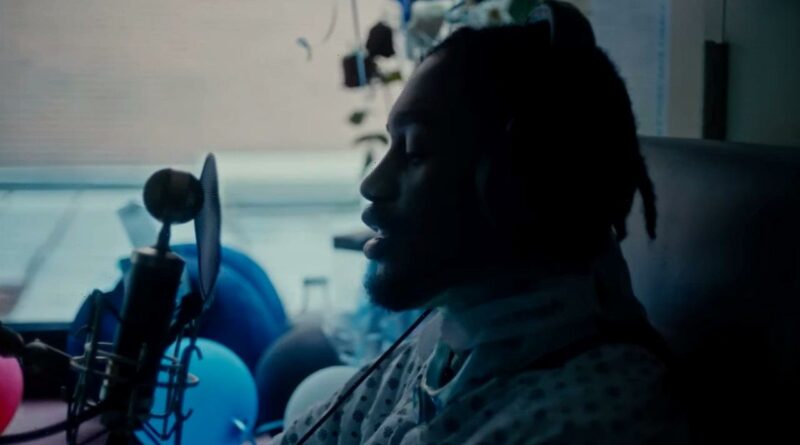 The ‘Calling My Phone’ spitter finally releases his first music since the shooting incident, a few days after he teased his return with a huge billboard in New York City.

AceShowbiz –Lil Tjay proves that he’s unstoppable. Despite being hospitalized after getting shot in New Jersey, the rapper used his hospitalization to record a new single called “Beat the Odds” along with its accompanying music video.

Released on Friday, August 26, the visuals chronicles the 21-year-old’s recovery journey following the shooting incident. The emcee even sets up a studio in his room to record the track, in which he reflects on his life.

“Grateful for the s**t I got, ’cause I come from a hard life/ Demons on my mental, saw some s**t I wanna archive,” he raps in the chorus. “Feds lookin’ out, tryna bring a nigga down/ Just thinkin’ ’bout the possibility I found.”

Tjay was shot seven times in Edgewater, New Jersey in the early hours of June 22. It was reported at the time that there were two shooting sites, one at a Chipotle Restaurant and another at a nearby Exxon Gas station. Antoine Boyd, 22, also of the Bronx, who was with Tjay, was shot in the back but survived.

Having taken his time healing, the “Calling My Phone” spitter finally teased his return into the rap world earlier this week. On Tuesday, DJ Akademiks shared on Instagram a photo of a huge billboard in the Bronx, New York City with a message that read, “I’M BACK. – Lil Tjay.”

On the next day, Tjay addressed the ordeal through an Instagram video. “Hey, what’s going on, y’all?” he first greeted his fans. “It’s your boy Tjay, man. I’m just checking in with y’all. I just wanna say, thanks for the love, thanks for the support.”

“I been looking at the DMs, comments and everything else and I feel love,” the emcee added. “Seven shots, it was tough, you know. Most people don’t survive it. But I’m here, here for a reason. New music coming soon. We gon’ come back stronger than ever, man.”