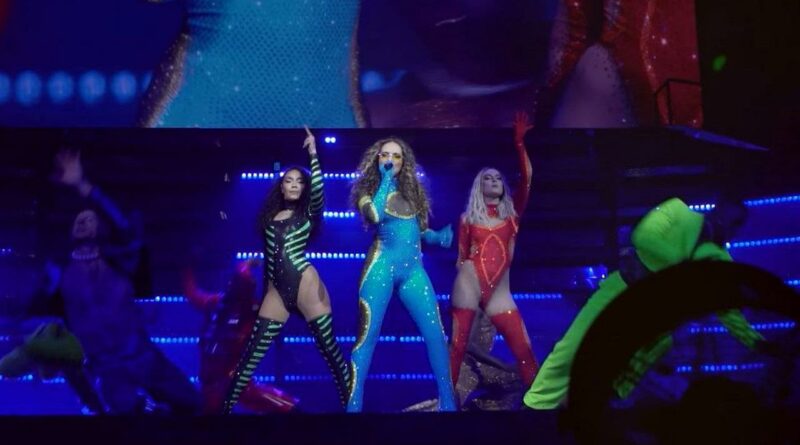 Perrie Edwards, Leigh-Anne Pinnock and Jade Thirlwall reveal that they have promised each other to carefully align their schedules so there is no chance of them facing each other in the charts.

AceShowbiz –Little Mix have promised fans their hiatus does not spell the end of the girl group. The “Woman Like Me” hitmakers, who are currently on their last jaunt before embarking on an extended break, have insisted that while they are set to launch their own solo careers, they are already discussing the next Little Mix reunion.

The chart-topping band, who became a trio when Jesy Nelson quit in December 2020, might be doing their own things over the next few years. However, they have vowed to carefully align their schedules so there is no chance of them facing each other in the charts.

Perrie Edwards told The Sun newspaper, “We’ve all said we will let each other know when we’re going to release so we don’t end up clashing in the charts. We’re rooting for each other, not competing against each other.”

Jade Thirlwall, who has inked a deal with Sony’s RCA Records and has joined Harry Styles‘ management, added, “It’s just not going to happen. There will be a conscious effort from all of us to make sure of that.”

Leigh-Anne Pinnock further assured, “We are so close and that’s the thing. We’re all going to be in communication about this the whole time.”

On already wanting to get back together before they go their separate ways, Perrie said, “Honestly, we haven’t even parted ways yet and we’re already talking about when we’re coming back! We’re like, ‘is two years away enough? Two and a bit years?’ “

Jade agreed that while the change is necessary, they have such a strong bond and have every intention of working together in the future. She added, “You can’t deny our relationship – whenever anyone comes to watch the show or sees us in interviews or on social media it’s pretty obvious that we can’t actually live without each other.”

“We know how phenomenal we are together, so why would we never want to do that again?” she continued. “Change has to happen in life, you have to move on at some point and try new things, but it’s such a comfort to know we have each other to come back to. We don’t know how long this will be for but I’m already ready for that reunion!”

Little Mix will bow out after their final concert on May 14 at London’s The O2 arena, which is being live-streamed across the globe.