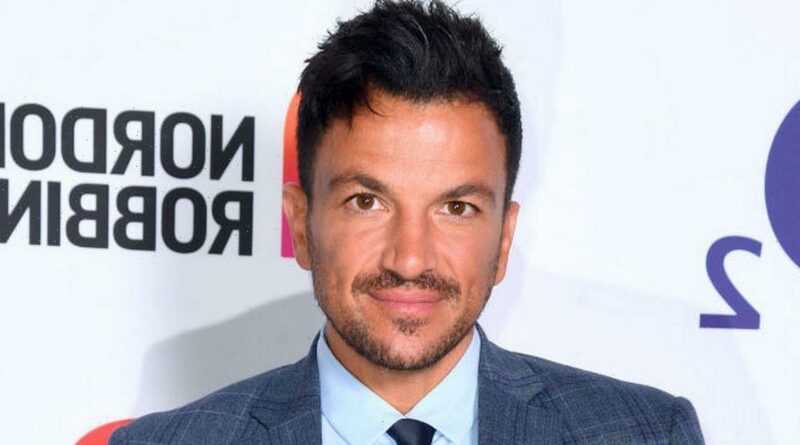 Peter Andre has spoken out about the distress that references to his manhood, made during the Wagatha Christie trial, are causing him and his family.

The name of the 49-year-old singer and TV personality was dragged into the courtroom when an interview Rebekah Vardy gave about “spending the night” with him was mentioned during the trial.

In the interview, the footballer’s wife reported that she’d “had sex” with Peter and that he was “hung like a miniature chipolata”.

A source close to the star, speaking to OK! Magazine said Peter was “furious” that this new public exposure means his children are asking him about the story and facing awkward questions about it in school, even though Rebekah has now admitted she made it all up.

Peter, who has expressed his disgust on Instagram, is father to Amelia, eight, and Theo, five, with wife Emily, as well as the teenagers he shares with ex-wife Katie Price – Junior, 16, and Princess, 14.

“Pete is livid. This whole thing has been really hard on him and the family, but it’s made him think about the wider story and that is that other people shouldn’t be allowed to talk about others in this way,” said the source.

“It’s so discriminating to say this about a man, this would not be said about a woman. His children have been asking what the story is about, which is really difficult. He has no recollection of meeting this person, never mind anything else.”

“Pete wasn’t told his name would be mentioned in a major court case and he feels it’s totally wrong. This story has been regurgitated for 15 years and he’s been biting his lip for 15 years,” they added.

“For someone else to talk about personal parts of his body is upsetting for him and his family.

"He’s got children that go to school and can hear all of this. It shouldn’t be allowed for someone to do this to another person. Thank God she’s admitted it’s a made-up story.”

Peter told his Instagram followers he had suffered as the brunt of jokes for too long and apologised to Emily and the children for the toll the ordeal was all having on their personal lives.

He wrote: “Fifteen years this has been going on, and I kept quiet and didn’t say anything, and I let everyone have their laugh and say what they wanted to say.

“Now, she [Rebekah] has gone to court and admitted that the story was made up and she did that because her ex-husband forced her to – fair enough – but put that all aside, and just think how it feels.”

Rebekah, 40 is suing Colleen, 36, for libel after Colleen accused Rebekah of leaking stories from her private Instagram account to the press. The trial is continuing.

For more of the latest showbiz news for Daily Star, make sure you sign up to our newsletters here.