Home » Music » Liz Hurley, 57, shows off ageless figure as she frolics on beach in tiny bikini 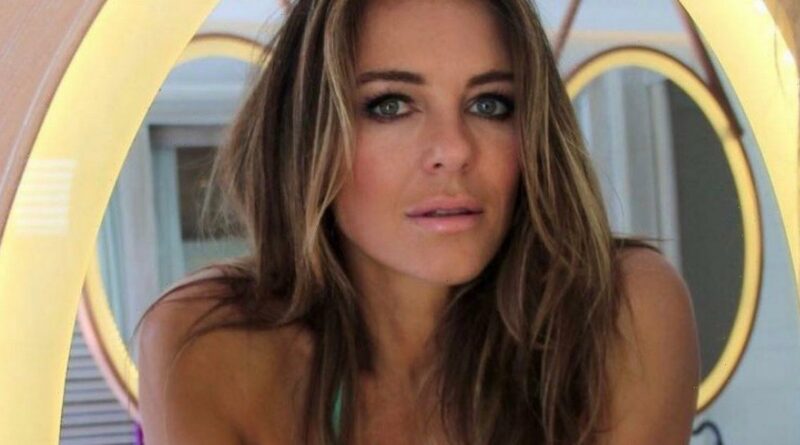 Liz Hurley, 57, has wowed fans with a stunning picture in a turquoise bikini.

She took to Instagram last night (7 August) with a picture staring into her beautiful bathroom mirror.

The brunette beauty can be seen staring into her reflection with a full face of makeup as she stripped off to a tiny turquoise bikini.

She captioned the picture: "Bikini weather in England…. who’d have thought it? #notcomplaining " followed by some sun emojis.

The picture has already racked up 78 thousand likes and her comments section was flooded with positive messages from her fans.

One fan commented: " How can you be more gorgeous than ever?"

While a third penned: "Stunning as always"

And a fourth wrote: "Gorgeous!"

Fans have previously seen the gorgeous bikini before as she wore it when she took a dip in the ocean.

The actress, 57, uploaded a reel to her Instagram account, captioned: "Do you hate people making a fuss getting into cold water?".

She accessorised her beach outfit with an oversized pair of black sunglasses, her chestnut brown tresses in beachy loose waves, appearing still damp from the sea. She tagged her own swimwear line, Elizabeth Hurley Beach in the reel, suggesting she was wearing an item from her own collection.

In the second clip, she could be seen descending off the side of a boat into the ocean, as she smiled up at the camera.

In the final clip, Liz had plunged waist deep into the sea, showing a shocked face as the cold water submerged her midriff.

One fan wrote: "Goddess in blue (blue heart)", while another chipped in with: "What's the secret liz? Do you ever age? Still as hot as ever."

A third said: "I don't know how you're this good looking! Timeless, classic! Everything a woman wants to be!"

A fourth quipped: "Just jump in and get it over and done with (laughing face emoji)", while a fifth joked: "Lol. Not at all. That initial shock is jolting."

She is best known for her killer roles as the Devil in Bedazzled and the brunette beauty Vanessa Kensington in Mike Myers’ hit spy comedy Austin Powers: International Man of Mystery.

The event, which was held at Goodwood Racecourse in Chichester, saw a number of famous faces attend, including Jodie Kidd, Darcey Bussell and Priti Patel.