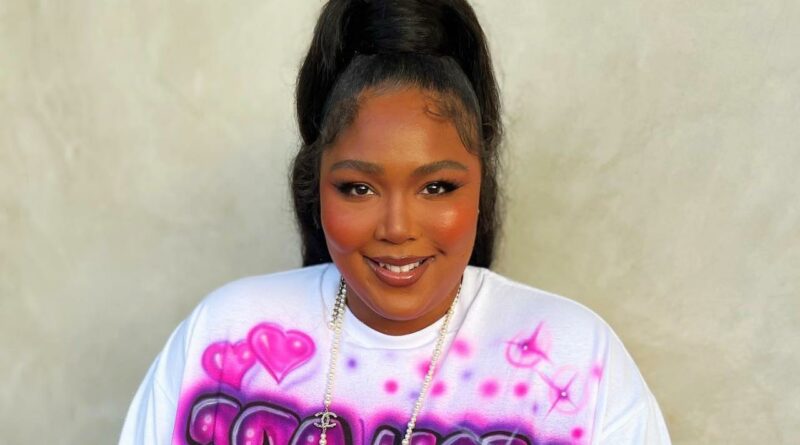 In a new interview, the ‘Good as Hell’ hitmaker opens up how her cousins frequently complains about her scantily-clad social media posts, which only prompts her to share more.

AceShowbiz –Lizzo has divulged how she “pissed off” her religious family with her music. The “Good as Hell” hitmaker opened up about her strict religious upbringing and admitted the songs she records now are the kind she was told to avoid growing up so some of her relatives don’t approve of her career.

Appearing on “Carpool Karaoke” on “The Late Late Show with James Corden“, she said, “For the first 10 years of my life, when we lived in Detroit, I was in The Church of God in Christ. When you have that faith, it is strict with the kind of music you listen to. We didn’t listen to secular music, it was devil music.”

Host James Corden asked, “Would you have been allowed to listen to Lizzo’s music if you were at church?” She replied, “Early on Lizzo, yes. But when Lizzo started cussing, no. I’ve pissed a few family members off.”

Asked if that was due to profanity in her lyrics, she admitted, “I don’t know it’s just that. It might be the a**, and the nudity, a little bit.”

The 34-year-old star revealed one of her cousins regularly complains about her scantily-clad Instagram posts, which only prompts her to share more. She laughed, “My cousin Pookie gets made at me all the time. He’ll call my mom and say, ‘Hey, tell Melissa to put some clothes on.’ And then I double down and post more nudes the next day.”

The “Juice” singer, whose real name is Melissa Jefferson, spoke about how Beyonce Knowles‘ music used to “transport” her when she felt low and she hopes her songs can do the same for other people.

She said, “When I was shy, or when I didn’t think I was cool, when I was getting picked on, I would listen to Beyonce in my bedroom and it would transport me.” She added, “I would feel that my life was going to be better, you know, there’s hope for me. When I dropped out of college and I was really depressed, I listened to B’Day on repeat and I was like I’m gonna be a singer. The way she makes people feel is the way I wanna make people feel with music. She is my North Star.”