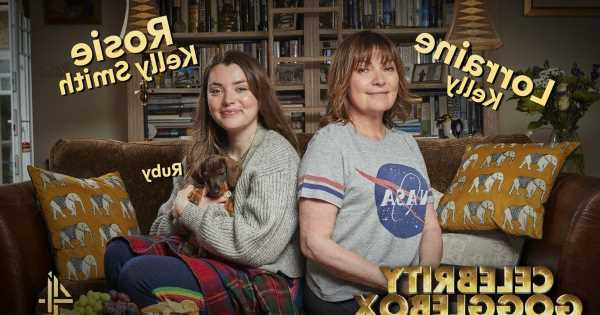 Lorraine Kelly will be joining the latest series of Celebrity Gogglebox alongside her daughter Rosie Kelly Smith.

The family favourite show will be returning this Friday to the relief of fans everywhere after the last series of the regular show ended a couple of weeks ago.

It will be the first celebrity version since 2020, with new celebrities joining the show to replace the likes of Line of Duty trio Martin Compston, Vicky McClure and Adrian Dunbar.

Among the new faces announced for the programme is Lorraine and her daughter after it was announced on Twitter they would be appearing.

The official Gogglebox Twitter account shared a photo of the pair giving a sneak peak into their living room alongside the caption: “Welcome to the #CelebrityGogglebox sofa fam @RealLorraine, Rosie and little Ruby.

“Join us THIS FRIDAY, 9pm on @channel4 for the BRAND NEW series!”

Lorraine said they had been asked to do the programme because they “love the show so much”.

Speaking to Nick Grimshaw – who also appeared on the Channel 4 show – last month, Lorraine said: “"We thought, 'Let's just go for it.”

Fans took to Twitter to express their delight at the news.

Another said: “Omg brilliant. I love these two. Looking forward to it.”

“Welcome to @C4Gogglebox @reallorraine, I will be tuning in,” tweeted a third.

The pair will be joined by some other new faces including Mel C with her brother Paul, while radio DJ Clara Amfo will similarly be joined by her sibling Andy to give their opinions on the TV of the week.

Additionally, Clare Balding and wife Alice Arnold will be appearing, along with Micah Richards and Jamie Carragher.