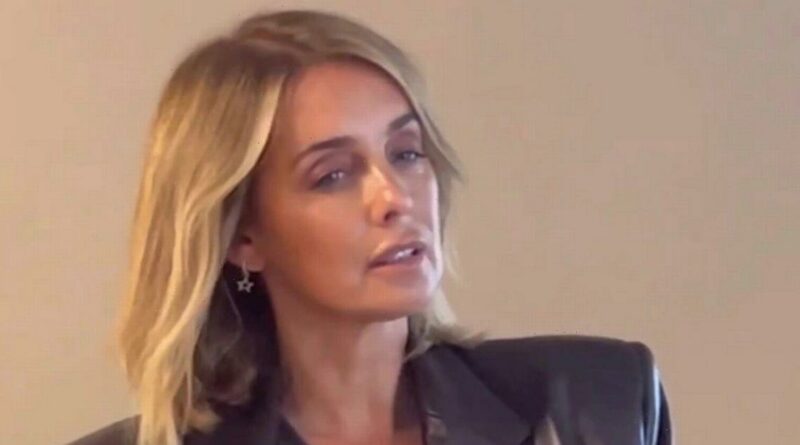 Louise Redknapp, 48, has stunned her followers with a daring snap of her rocking a gorgeous black gown and thigh-high boots.

The former Eternals singer took to Instagram, where she gave fans a behind-the-scenes look at her glamorous photoshoot as she teases new music.

Louise looked absolutely unreal in the video upload as she donned a gorgeous black velvet mini-dress that rocked a daring thigh-high slash, which she paired with a bold leather jacket.

She accessorised the grungy-glam look with killer black knee-high leather boots and opted for a pair of matching coloured leather gloves to complete the spirited ensemble.

In the video, which was linked to Janet Jackson's 1986 hit What Have You Done For Me Lately, Louise is posing for the camera until it switches to her stylist sprucing her short blonde tresses.

Fans instantly flocked to the comment section flowering the star with gushing compliments as many vowed their excitement for information on new music.

"This year is 30 years of eternal. You astonished me then, and you astonish me now. You look sensational," said one loyal fan.

Another commented: "Looking awesome, Louise x," while a third typed: "You're on fire. I love this look on you."

A fourth added: "Looking amazing as usual, is this behind-the-scenes photoshoot for your new album cover?"

Last year, Louise teased that new music will be on its way for 2023, with the 80s singer sharing her inspiration behind her tracks being Janet Jackson.

"It's taken me a while to get there, but I'm there.

Elaborating on her new sound, Louise explained: "It's really inspired by some of the music I love; Janet Jackson, Prince, slightly old school but with a modern twist."