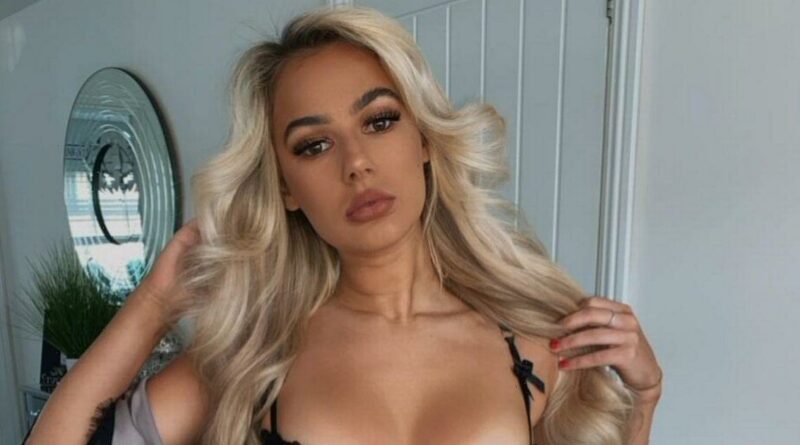 Some Love Island stars managed to find love on their villa journey, but for those who didn't they were sent back out into the real world – which for some, has played a big part in their romantic lives.

Many islanders have been linked to others, but some budding relationships have been avidly denied, including speculation that Sharon Gaffka was dating Chuggs Wallis, but others have been building on connections elsewhere.

Although most of the romances to come out of Love Island 2021 will be from inside the villa, there are a handful of couples who seem to be testing the waters on the outside.

As Love Island 2021 comes to a close, Daily Star Online has looked into the islanders who are seemingly dating elsewhere.

Lucinda and Brad are both looking outside of the villa for their romantic lives – but only just.

The pair were originally coupled up on Love Island but after receiving the least amount of votes from the public, one of them had to go packing.

Brad chose to leave the villa and ultimately Lucinda coupled up with Aaron, who were later voted out by the public and decided to part ways on the outside.

But it seems that the pair could be on the verge of getting back together, with Lucinda revealing to Heat that she had in fact been to visit Brad in Amble.

She said: "We're not back together, we're taking things very slowly at the moment."

The beauty confessed she wasn't putting any pressure on their budding romance with the duo just seeing how things go during the meantime, but fans of the show are certainly hopeful for a reunion.

Lillie is famously known as the bombshell who dropped a hefty truth bomb on Liam and Millie after Casa Amor, but was still sent packing – but it seems she did find love in the villa – but not in the usual sense.

When she left Casa Amor, Lillie was in touch with fellow Casa-lad who had appeared in the main villa, Jack Barlow.

The beauty confessed that her type on paper is a race car driver, and that is one box that Jack can certainly tick.

A source told The Sun that "sparks flew" between Lillie and Jack when they met, adding that they "both fancy the pants off each other".

The pair reportedly swapped numbers while at a hotel in Majorca and the flirting hasn't stopped since.

Lillie initially went into Casa Amor with her eyes firmly set on Liam Reardon and as the pair grew closer, it looked like they could couple up.

However as it was time to return to the main villa, Liam ultimately chose to recouple with Millie, but Lillie dropped her truth bomb when she walked back into the villa to say her goodbyes.

Despite this, Liam and Millie have continued in their romance and are heading into the Love Island final.

Shannon was dumped from Love Island after less than 48 hours in the villa, but despite her quick exit, her hunt for love didn't fail.

Earlier this month it was confirmed that Shannon had rekindled her romance with her ex-boyfriend Ben Sterling who she was dating prior to going on the show.

The beauty first hinted at the romance as she tagged him in a photo and said: "Find your happiness folks and make sure you keep it."

Confirming her romance, she told MailOnline: "Ben and I bumped into each other a few weeks ago at a festival and we have decided to see where things go.

"Nothing is official but we are really enjoying each other's company right now and not putting any pressure on things."

The pair were dating in 2020 and split in March this year, with Shannon entering Love Island a few months later.

It looks like the couple have put their differences aside and reunited.