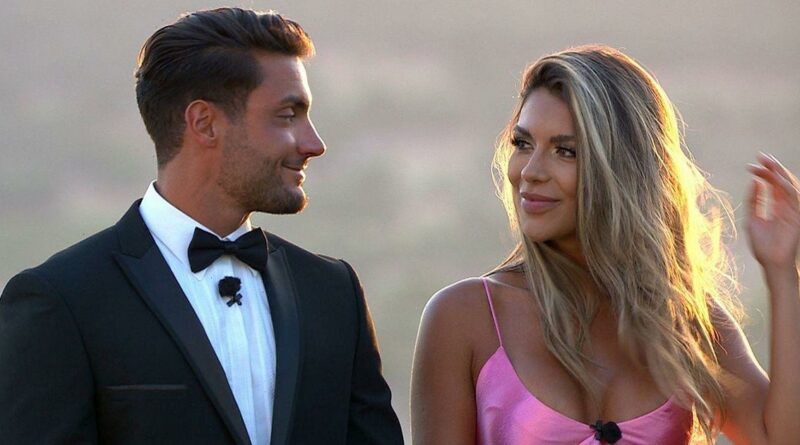 Love Island 2022 winners Davide Sanclimenti and Ekin-Su Cülcüloğlu were clear winners after released figures have shown that they were top of the public’s vote by a huge landslide.

She welcomed fourth place runners up Tasha and Andrew, third place couple Dami and Indiyah, second place’s Luca and Gemma and winners Davide and Ekin-Su onto the stage one by one.

READ MORE: Love Island's Antigoni opens up about bond with Jacques O'Neill, who 'she loves'

Whitmore sat down and discussed their Love Island journeys with them and rolled videotapes from their final evening in the villa.

As the winners were announced in reverse order, audiences became tense in anticipation as Luca and Gemma and Davide and Ekin-Su stood before the cameras, waiting to hear their names called out.

Eventually the latter were crowned the 2022 champions and fans were clearly delighted by the result, with social media erupting with joy as they hugged each other in disbelief.

However, audiences may not have been surprised as support for the couple throughout the past eight weeks has been immense.

They have soared through and provided the series with most of the drama, meaning that fans voted for them every time and left them wanting more.

Despite the islanders voting them the least compatible couple, Ekin-Su and Davide were kept in the villa by eager viewers who were desperate to see more spats, antics and their relationship blossom.

According to the results data from the final vote released by ITV, the winners secured a huge 63.69 percent of the public’s choice.

The couples that placed after them all received a notably small portion of the vote, with Luca and Gemma receiving 14.47 percent, Dami and Indiyah had 11.77 percent, which left Tasha and Andrew with 10.07 percent.

After their iconic win was announced, Ekin-Su and Davide were clearly in shock and covered their faces, their mouths hanging open as though they couldn’t quite believe what they had heard.

They shared a video message with their fans after the final, in which they thanked viewers for their votes and their continued support throughout the season.