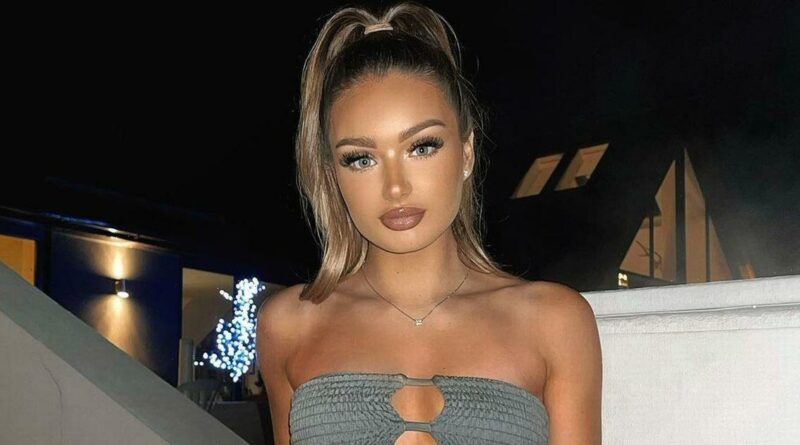 Love Island bombshell Lucinda Strafford has only been in the villa a short while and is already turning heads.

The 21-year-old blonde beauty from Brighton made her debut on the ITV2 dating show on Tuesday night.

She immediately caught the attention of Geordie lad Brad McClelland, who is currently coupled up with luxury travel expert Rachel Finni.

Lucinda is an online fashion boutique owner and lives at home with her mum and one of her brothers.

According to official documents, Lucinda Frances Roy Strafford is the company director of The Luxe Range.

The Islander often promotes her own brand on her personal Instagram page which boasts 110,000 followers.

Prior to her current job, Lucinda was a member of cabin crew and has met some pretty famous faces during her flights.

She said: "I flew Dannii Minogue, Usain Bolt and Nick Grimshaw. They were all so fun. They were pressing the call button and specifically asking for me."

Before entering the villa, Lucinda said that she was on the hunt for a potential boyfriend.

She revealed: "I’m a relationship kind of girl. The timing is right and I want to have some fun. I really fancy Brad. And then possibly Liam.

"But obviously I’m open to getting to know any of the other boys. I feel like Brad probably doesn’t like people as much as he’s letting on."

Lucinda went on to reveal that her family will be watching at home but she's not worried about them seeing too much.

"My brother is so funny, he’s so happy for me."

Lucinda is keen to get involved in the tasks and isn't taking the villa too seriously as she said: "I’m fine about it. It’s only just laughs."

In a teaser for Wednesday night's episode, Lucinda and Brad are on a date when he tells her: "For the first time I've literally been like, 'Jesus christ, I'd be buzzing to get into bed with that.'"

Rachel- who had picked Brad to stay in the villa over Chuggs Wallis earlier this week- was seen in tears in the Beach Hut after likely discovering that Brad likes Lucinda.

While Rachel has admitted she's attracted to Brad, he seems to have other plans and is hoping to win over Lucinda.

Fans will have to wait and see if former cabin crew beauty Lucinda decides to couple up with hunky Geordie labourer Brad.