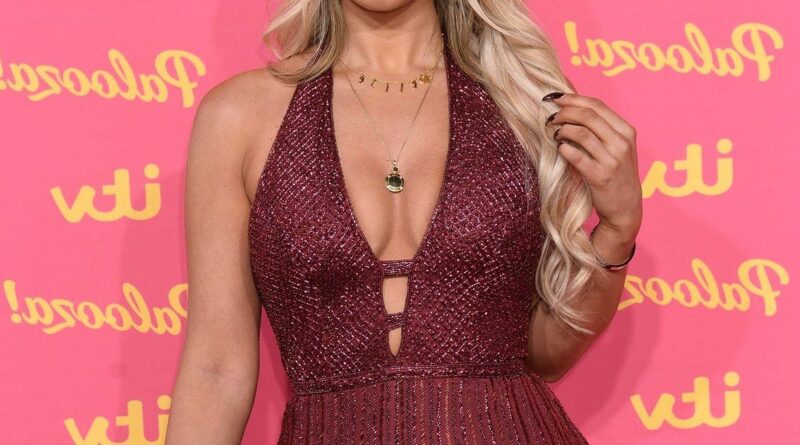 Love Island star Belle Hassan has been driven to showing followers her feet in a bid to get them to leave her alone.

Former ITV2 star Belle, who appeared in season five along with partner Anton Danyluk, hosted a question and answer session on her Instagram page.

She shared questions from her inbox and added pictures of herself to go along with them, but one picture caught fans off guard as they flicked through her Instagram story.

However, one very keen fan took the opportunity to ask the ex-reality star a very unusual request.

Belle had asked followers to “ask her a question” and one replied with: “Can we see your feet again please? [It’s] been a while,” with a laughing face.

The Love Island star then uploaded a picture of herself laying on a purple rubber ring as she soaked up the sun in a bright blue swimming pool.

She wore a pink and yellow bikini that showed off her curves and bronzed glow while she reclined in the water.

Hassan crossed her feet over and pulled her hair over her shoulder and added a – seemingly frustrated – message.

She wrote: “Have that and leave me alone now, for f**** sake,” with a line of laughing emojis.

The horrified influencer wrote: “Absolutely not. I don’t even understand how people can do that. I’m way too shy and not into sharing,” over a picture of herself with a full face of makeup.

Someone else wanted some villa gossip and questioned whether she’d had “sexy time” whilst on the show.

She wrote: “Lol, absolutely no way,” in capital letters over a picture of her in a black bikini whilst at the beach.

Another strange request came when one of her 980,000 followers asked to see her hands and nails, but the makeup artist told them she would give an update within the week when she “gets a new set”.

Belle also admitted that she “doesn’t go for men with high social status” after an inquisitive follower tried their chances at “marrying” the former Love Island contestant.