Love Island presenter Caroline Flack has shared the cute story of how some fleeting online flirting with Celebrity Big Brother and The Apprentice star Andrew Brady grew into a whirlwind romance.

Caroline is telling this story as part of a Cosmopolitan column, in which she writes an open letter to the men she’s loved, lost and found throughout her life.

Caroline and Andrew announced their engagement in late April, less than two months after they went public as a couple with a series of adorable selfies on social media. 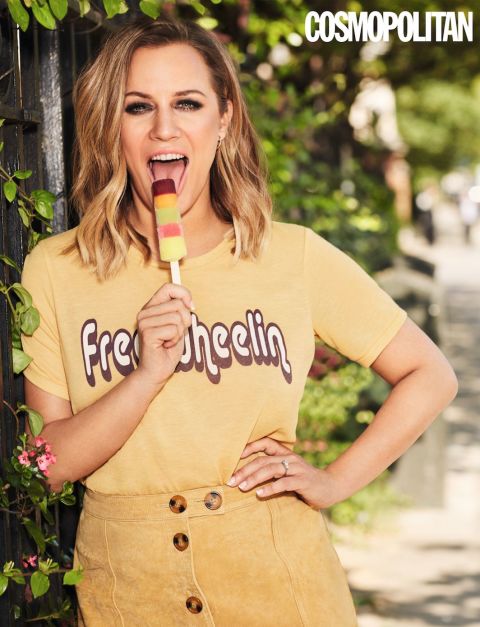 Writing about first becoming aware of Andrew, she remembers: “I’d been single for three years before I met you. And, to be honest, I wasn’t sure I had room in my life for anyone new. I wasn’t scared of being single on my 40th birthday in the same way I was on my 30th birthday. I was good at being by myself.

“I saw you on TV before we’d even met. ‘WHO is that guy?’ I texted my friend. ‘Oh, some man who was on The Apprentice, I think,’ she replied.

“I followed you on Instagram and you followed me back with the simple, emotionless line: ‘Thanks for the support.’ (I now know, of course, it took you hours to come up with that!) It made me laugh so I gave you my number. A few days later, we met.” 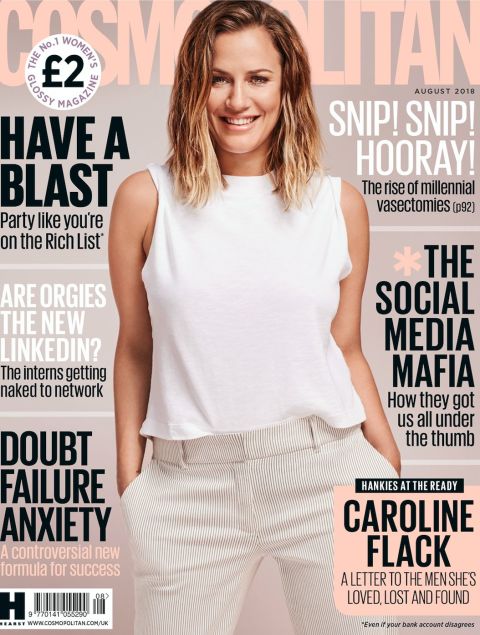 Caroline writes that she quickly realised that Andrew would become the next great love of her life when he made a thoughtful romantic gesture after their first date.

“People talk about meeting someone and feeling as though you’ve known them your whole life,” she remembered. “That’s what it felt like when I met you. I’ll never forget seeing you walk into the restaurant – tall, with a smile 10 miles wide, not just for me but for everyone in there.

“Talking to you was effortless. There were no first-date nerves – just two people laughing and getting to know each other until the early hours. It was how all first dates should be.

“Two days later, you turned up at my door with a teddy bear from Harrods, just like my first crush all those years ago. And, well, you’ve never left. 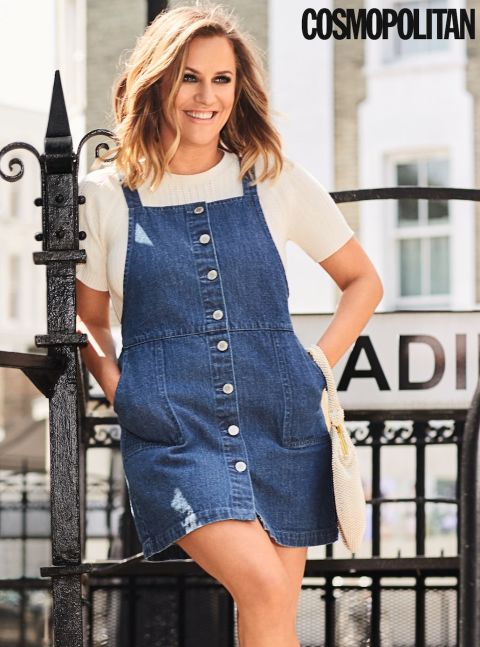 “We laugh until we cry. I’ve never had that before – with anyone. Every other relationship I’ve had has only been about love, but with you it’s about friendship, too. It’s what I’ve been looking for.

“My life was complete before you came into it – a man doesn’t complete your life. But I wanted to make room in it for you. I look at you and I think, ‘Yes, Andrew, you’re the one I’ve been waiting for’.”

Many happy returns to this gorgeous couple! The full interview with Caroline appears in the August 2018 issue of Cosmopolitan, on sale Wednesday (July 4).