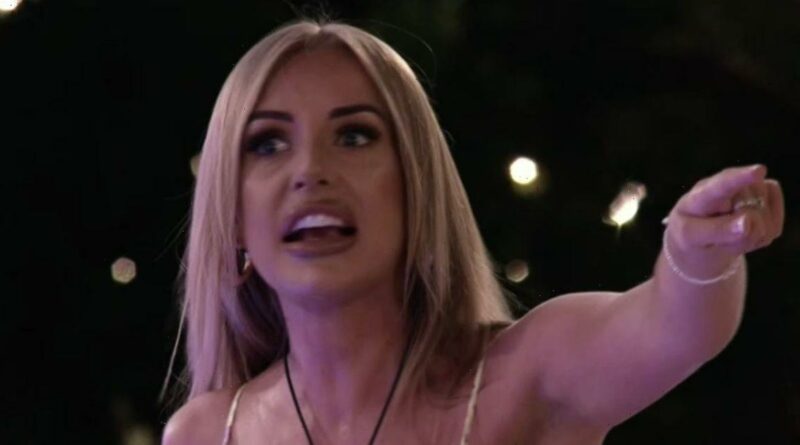 There was definitely trouble in paradise for Love Island couple Faye Winter and Teddy Soares after the pair entered a heated shouting match during Friday's dramatic episode.

Lettings agent Faye became furious when she discovered that beau Teddy admitted he had feelings towards bombshell Clarisse Juliette during the movie challenge.

Teddy was also unimpressed with Faye, as he found out that she had been getting rather intimate with Sam Jackson while he was away.

But although the two tried to get their points across, fans were left dived by Faye's argumentative nature and took to Twitter to express their thoughts.

One fan penned: "Faye was looking for any excuse to end things with Teddy and this was her perfect chance, another nasty b***h."

"Faye had some valid points to be fair but the way she went about it completely invalidated everything she was saying. Felt so bad for Teddy, he looked like a broken man," another added.

A third penned: "Feel for Faye as its clear she has serious serious issues! Producers need to take her out of the show. Run and don't look back teddy."

"I love Faye but I fear for Teddy’s life," a fourth declared.

While some fans felt that Teddy was treated extremely poorly and Love Island execs shouldn't of allowed the incident to take place.

Talking about this in more detail, one fan said: "Love island producers and tv heads should be ashamed! They set up a guy who did nothing wrong, knowing the way Faye has behaved up till now on the show they knew that would illicit a reaction. No one should be subjected to that type of abuse."

"If that was man shouting at a woman I'd like to hope the producers would have got involved, removed him from the show and got him help," a second added.

During the couple's heated argument, Teddy spoke calmly and tried his best to have a conversation with Faye.

But Faye who appeared to be consumed by rage was having none of it and told Teddy to "f*** off".

Faye then said: "I told you the truth and you told me Jack s**t about what was on that screen."

Confused Teddy responded: "So I lied to you?"

Faye shouted: "Yeah you didn’t f***ing tell me the truth did you?"

Teddy tried his best to put his point across, but Faye screeched: "You didn’t f***ing tell me the truth!"

Later on, Faye told the rest of the girls in the villa that her and Teddy were done. But the lads in the villa were unhappy with Faye's approach to the situation.

Due to the fact that there are only a few weeks left in the villa, can Teddy and Faye repair their broken relationship?

Love Island continues Sunday on ITV2 and ITVHub at 9pm