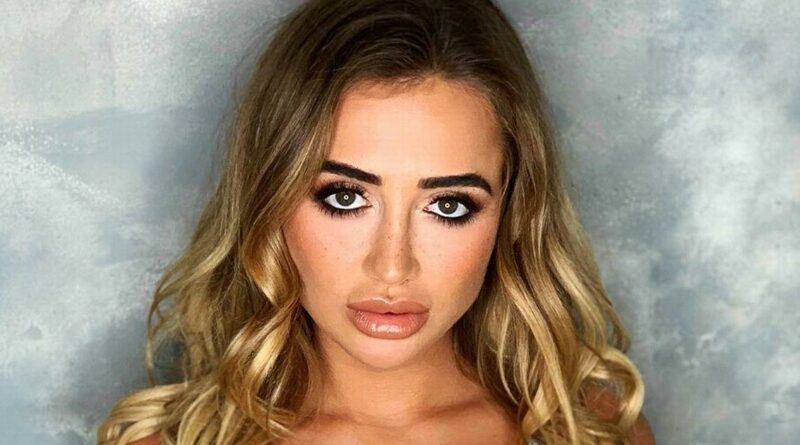 Love Island’s Georgia Harrison has shocked fans by having her lip filler dissolved – leaving her with a much more natural look.

The reality star documented the transformation on TikTok in a three-part video but played a trick on her 390,000 followers by initially telling them she had, in fact, decided to pump her lips with even more filler.

Georgia, 22, could at first be seen with incredibly puffy lips, appearing as if she had just undergone a procedure to make them bigger.

She captioned the video: “I’m deleting my life and changing my name LOL see ya #toomuchfiller.

“But guys you’re always honest with me, how bad is it?”

Some of her followers immediately blasted the look as “shocking” and “bad” but other, more observant fans, surmised that the swelling was actually down to the blonde beauty having the filler removed.

Keeping the prank going, Georgia then went on to impersonate a typical stereotypical girl – who are said to be big fans of cosmetic enhancements.

She joked: "Do you know what, I just love being from Essex.

“I just love Sheesh, I love not having to pay for my starters.”

“I like dream cakes and vagasals,” Georgia continued. “And boys with comb-overs, I just love it!”

Georgia finished by adding “natural look pending” and that her trout pout was down to the reaction of having the filler dissolved.

She said: “Only joking guys. I know these are looking pretty horrific.

“But I am getting my filler dissolved and when you first put the dissolver in this is what happens."

In a video shared the next day, Georgia could be seen sporting a far more pared-down vibe while munching on a pickle and cheesy jalapeno popcorn after a drunken night out.

Meanwhile, the cheeky star recently admitted that she was "always drunk" on the set of TOWIE, which she featured on before Love Island, and had many of her scenes cut because producers couldn't understand her.

She was sacked after just one series because of her boozing.

Georgia said: "So I was on Towie when I was about 19 and to be fair, I was a nightmare, I was always drinking on set.

“They had to actually cut a couple of my scenes because literally, I was so drunk you couldn’t even understand me.

"And once I got called into the office for getting drunk midday at Thorpe Park.

“I was just young and nervous, it is what it is.”