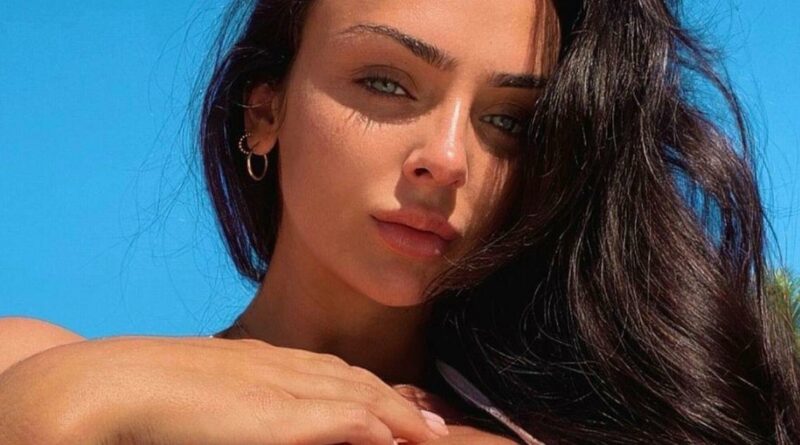 Kady McDermott has wowed in a tiny bikini while enjoying a Cancun getaway.

The former Love Island star and influencer, 26, has been sunning herself in the Mexican city and posting several photos of herself in an array of stunning swimwear.

In one of the images, Kady could be seen wearing a bright blue bikini which placed her enviable figure on full display.

The star looked sensational in the halterneck two-piece as she stood in the idyllic ocean paradise, with her wet hair swept back from her face and her hands resting just above her taut stomach.

Kady's post was adored by Love Island stars and fans alike, who were quick to comment on the sensational snap.

Fans also couldn't get enough of the stunning Islander.

One wrote: "Stunning," while another replied: "Sublime."

Other images which Kady shared with her 1.3 million Instagram followers saw the reality star dazzle in a combination of white bikinis.

Kady displayed her ample bosom in one close-up picture, while she captioned another post: "Not done with the holiday photos quite yet."

Last year, she both dated and separated from Aston Villa footballer Matty Cash.

The pair called it quits in November, with a source previously telling The Sun: "Kady and Matty had a really good couple of months but decided they weren't right for each other.

"They are still mates and keep in touch, but there's nothing romantic anymore.

"They had both just got out of long term romances when they got together so might not have been ready."