Love Island‘s Marcel Somerville has confirmed rumours that he cheated on Gabby Allen.

The couple, who met on the ITV2 reality show last summer, have been the subject of recent tabloid reports claiming that Gabby dumped the Blazin’ Squad member for his conduct with another woman.

Marcel addressed the speculation via his representative, saying that the stories are true and that he regrets his actions. 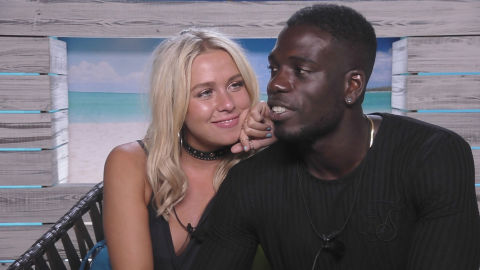 “Sadly, the rumours are true, Gabby and Marcel have split up,” a spokesperson for Marcel told Digital Spy.

“Marcel can’t really defend his actions as he knows he did wrong and will regret it forever.

“Marcel is upset that he broke the heart of someone he loves and someone that he shared so many special moments with, but with all the good times there are difficult times, and sadly Marcel and Gabby had been in a bad place at this stage.

“Gabby was a special part of Marcel’s life, and he hopes one day she can find it in herself to forgive him.

“He knows what he did was wrong and is extremely sad about how he has hurt Gabby.” 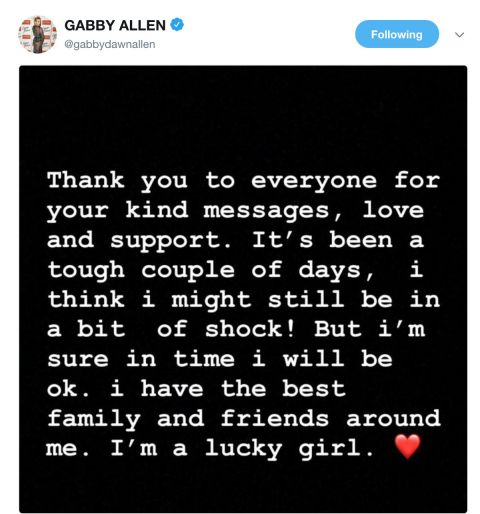 Gabby broke her silence on the reports yesterday (May 1) with a message to her fans thanking them for their support.

“Thank you to everyone for your kind messages, love and support,” she tweeted. “It’s been a tough couple of days, I think I might still be in a bit of shock.

“But I’m sure, in time, I’ll be okay. I have the best family and friends around me. I’m a lucky girl.”

Just two months ago, Gabby and Marcel were guests on a Valentine’s Day edition of This Morning and let slip that they were considering getting married.

“We’ve discussed whether we’d get married abroad,” Gabby explained. “We’ve only been together for eight months, so you’d think it would be quick. But it’s so magnified that it’s already spoken about.”