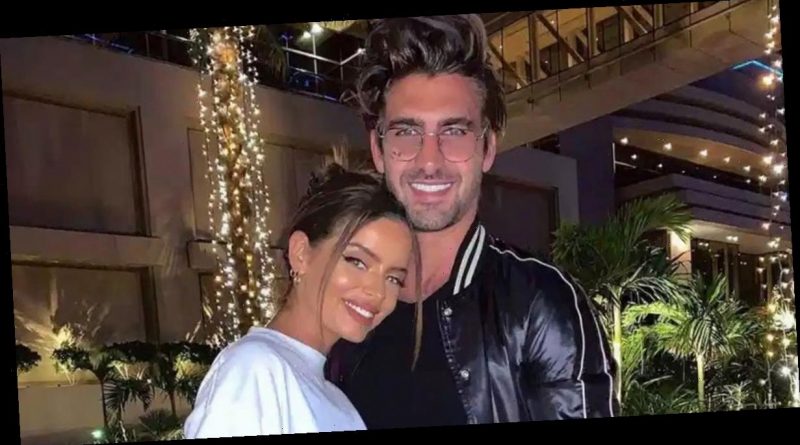 Love Island favourites Maura Higgins and Chris Taylor went public with their romance in November after months of speculation from fans.

The pair took part in a Question and Answer session with their fans on New Year's Day and marriage was the hot topic of conversation.

Maura, 30, held the session alongside bear Chris, also 30, and fans were eager to know if the pair were going to tie the knot anytime soon.

One follower asked: "When are [you two] getting married?", leaving the couple looking surprised.

"When are we getting married, Christ?" Maura joked to Chris, who looked shocked and scared in equal measure.

"Oh God, erm… next year?" And Chris replied, with Maura batting straight back, remembering it was New Year's Day: "Like, as in this year?"

"No, next year," Chris quickly cleared up – but the discussion wasn't over yet.

The Irish beauty continued teasing Chris, moaning "that's ages [away]" while they snuggled up on the sofa next to each other to answer the messages. Lovebirds Maura and Chris both appeared on the same series of Love Island back in 2019 but didn't couple up on the show.

The pair made their relationship official on Instagram just over a month ago, and later flew off to Dubai for their first holiday as a couple.

Maura posted a picture of the pair looking loved up, writing: "He's mine" despite previously deny their romance.

Chris followed suit, writing: "Turns out I fell in love with my best mate."

The cheeky chappy admitted in his interview before entering the villa that he had his eye on Maura.