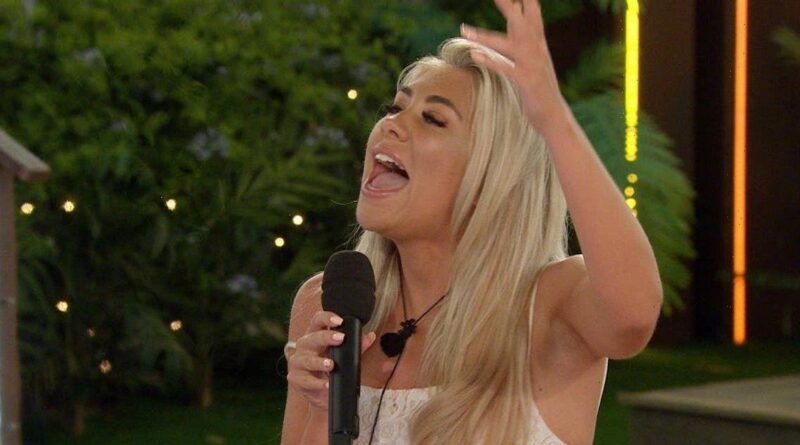 Love Island babe Paige Turley has been focused on music since before she stepped foot onto the ITV dating show – and it seems she's gearing up for a big year.

Paige has already released her first track, a cover of Movin' Too Fast, but it seems she's now getting ready to release multiple tracks in the new year after spending a long time in the studio.

The stunning blonde has performed a few stints on stage, but her focus for 2022 is to expand her music career and release multiple tracks.

Speaking exclusively to Daily Star, Paige said: "In the new year hopefully we will have some announcements for music because we've been working really hard in the studio.

"Hopefully there will be some releases in the new year. I would love to be on the stage by next summer and doing festivals.

"Finn and I have been attending a lot of gigs recently so hopefully next time Finn can be in the audience and I'll be on stage – he is just like Kris Jenner, he's a total momager.

"He's always been really supportive with music and he has been a part of the process when we're finishing up songs – he's probably more excited than I am!"

Paige and Finn have been going strong ever since they first met on Winter Love Island in January 2020.

Despite getting thrown into a full relationship after they left the villa to find the country heading into its first national lockdown weeks later, the pair took their romance to the next level .

Paige said: "I think it's important to keep things fun. We moved into a new setting and couldn't see our family, which was hard, but now we're with family and doing a lot of things.

"Communication is a big thing for us.

"Looking to next year, with a couple of releases coming out, playing live, that would be good."

One of Paige's first performances came last year when she recorded a song for the festive season in support of Action for Children, a cause she is working with again this time around.

Paige said: "This is the second year I've been involved in the campaign. Last year I did the jumper campaign and the YouTube video where I did a Christmas song and all the ad revenue went to it.

"After the pandemic a lot to families have been struggling, Christmas time is important for families, it's a great cause to support."

Action for Children’s Secret Santa products are available to purchase from Tuesday 16th November at www.iamsanta.org.uk/store.