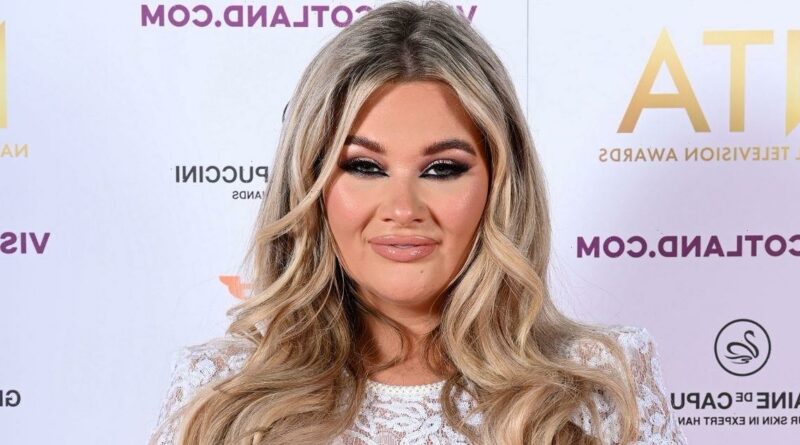 Shaughna Phillips decided to seek medical attention having suffered from a headache for four consecutive days.

The Love Island star, 28, announced she was expecting her first child just less than a week ago with her mystery man, whose identity she has chosen to keep hidden.

However, the blonde bombshell explained she had been in pain for several days and decided to take herself to the hospital to get checked over by doctors.

Discussing her trip to the hospital, Shaughna said it hadn't been her best day as it lacked fun but she needed help as her condition continued to worsen.

Taking to her Instagram, she said: "Not the most fun Saturday I've had. Day 4 of this headache and it's only getting worse so best to get checked out.

Earlier this week, the reality star offered fans an insight into her pregnancy and struggles with the everyday symptoms as she revealed she'd kept her vomit in a bag.

Taking to Twitter on Friday (October 28), the blonde bombshell spoke of how "drained" she felt before explaining how the photo she posted was of her "lunch" in "liquid form".

Posting a snap of her manicured hand holding a blue bag filled with liquid, Shaughna penned: "Today has drained me."

Baffled fans took to the comments, with one asking: "What is that," before the Love Island babe candidly replied: "My lunch."

"I thought it was a goldfish bag from a pet store! I hope you feel better soon x," added another.

Shaughna announced her pregnancy just days after she appeared at the National Television Awards, where she required medical attention after fainting.

The star had to be carried out of the glitzy event by her management team after becoming unwell, with a source explaining to The Sun that it was "worrying" for those around her.

They added: "She was taken care of and then she was sent back to her hotel.

"Shaughna was pretty upset by it all. It was a horrible thing to happen."

Shedding some light on the situation, the star took to social media and explained that she "wasn't drunk" at the event but had no idea why she had felt so unwell.