Gray plays a lounge singer who struggles to win over the club’s picky customers in the clip for the track co-written by Meghan Trainor.

AceShowbiz –
Macy Gray is going to make your summer sweeter with “Sugar Daddy”. The first track off her upcoming tenth studio album “Ruby” was released on Monday, June 11 along with its accompanying music video.

Co-written by Gray and Grammy-Award winning singer and songwriter Meghan Trainor, the song has cheeky lyrics and feel-good tunes like most of Trainor’s songs. “And I know I got it bad, I got a problem,” Gray sings, “But I’ll take them cavities long as I get them from you.” 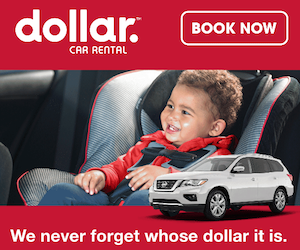 “I love this song, I loved making it,” Gray tells Rolling Stone. “I believe it’s going to be the song of the summer.” Bianca “Blush” Atterberry, Tommy “TB Hits” Brown and Thomas Lumpkins also contribute to the song.

The music video, meanwhile, was directed by Christian Lamb and doubles as a tribute to the 1972 Billie Holiday biopic “Lady Sings the Blues”, which starred Diana Ross as Holiday. Gray plays a lounge singer who struggles to win over the club’s picky customers in the clip.

After a rocky start during her performance at the club due to a wrong choice of song, she starts over with “Sugar Daddy” which is met with better responses from the customers. The video fittingly features Diana Ross’ son Evan Ross as a nightclub patron who tries to entice Gray with a big tip.

Due out on September 7, “Ruby” will be Gray’s first album since 2016’s “Stripped”. In true Gray fashion, the album features an eclectic offer of soul, blues, jazz, R&B and pop with a twist. In addition to teaming up with Trainor on “Sugar Daddy”, the 50-year-old star worked together with guitarist Gary Clark Jr. and producers Johan Carlsson, Tommy Brown as well as Tommy Parker Lumpkins.

Gray has announced that she will be going on a tour across Europe from October 30 until November 10. She will be performing brand new songs from her forthcoming album.