Home » Music » Madonna, 64, bares legs as she wows in racy Queen of Hearts gown for Halloween 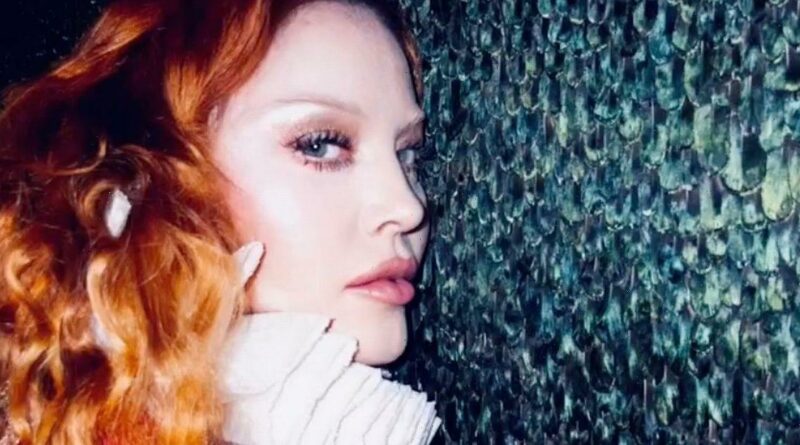 Madonna, 64, has shared pictures and videos of her busty and villainous Halloween costume that she wore this year.

While trick or treating with two of her children, the singer dressed as the evil Queen of Hearts from the well-loved novel Alice in Wonderland by Lewis Carroll.

The superstar wore a red and gold gown as in one of the videos she quoted the infamous “off with her head!” line.

She went out to knock doors for sweets with three of her children: David, 17, and twins Stella and Estere, 10.

Along with the busty gown, she accessorised with a white frilly collar, and a crown with a silver cross atop her head.

Her auburn hair was styled in curls for the annual event.

She wore exaggerated makeup, with big eyelashes, lots of pink blush, and her brows being blocked out.

During some of the videos that the star filmed, the Material Girl singer spoke to the camera.

In one video, she began by saying, “When will you understand that I'm a person and not a thing?”

In another, she cleverly told viewers, “You came for the treat… but I've got the trick.”

The star also quote royalty as she quoted Marie Antoinette, the last queen of France, exclaiming, “No candy? Let them eat cake!”

In another clip, as she posed next to a large plastic rat, she said, “I smell a rat.”

Some of her children joined their mother in the ghoulish fun.

Her son David dressed up as a pirate.

He wore glamorous, purple-toned makeup to match a top hat that had skull and crossbones on it, with a purple frilly shirt, a black blazer, and black trousers.

Her other three children, Lourdes Leon, 26, Mercy James, 16, and son Rocco Ritchie, 22, were not present to take part in the spooky fun.

David was adopted by the pop icon in 2006 when he was just 13 months old from Malawi.

Mercy was adopted too, three years later in 2009, also from Malawi.

Like their older siblings, the twins were adopted from Malawi in 2017 when they were four years old.