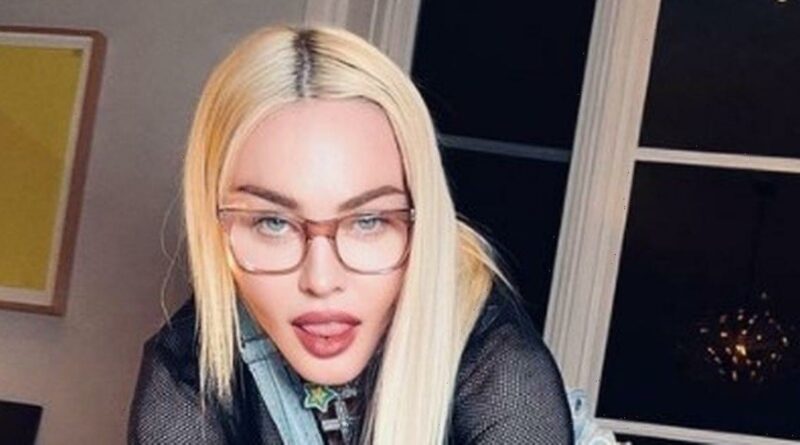 Singing legend Madonna has been dubbed 'hilarious' by fans after sharing funny candid photos on Instagram.

The star, 63, was seen climbing over a friend as she wrote, with Madonna poking her tongue out as she tried to get onto the table.

The singer captioned the post: "With my two writing muses. A sculpture by Kiki Smith… And Shakespeare’s daughter Erin Cressida Wilson. It's a circus in here!"

A second added: "You are beautiful," with another echoing the comment by writing: "Beautiful woman."

A third said: "Let me tell You this about that…Your looks are stunning."

It comes after the Like A Virgin singer slammed 50 Cent's apology after he mocked her racy Instagram photos.

She blasted his 'fake' apology as "bulls***t" after the 46-year-old posted a collection of memes and jokes about her on his own social media.

One caption saw him cruelly lash out: "Yo this is the funniest s**t! LOL. That’s Madonna under the bed trying to do like a virgin at 63. […] LMFAO."

But Madonna wasn't having any of it.

She went on to say that, rather than apologising for hurting her feelings, what 50 should apologise for is "your misogynistic, sexist, ageist behaviour and remarks".

Also, a new book claims to have juicy revelations about the star, written about her life and her brushes with the world's biggest celebrities.

The pop icon's publicist Barbara Charone has written the book, called Access All Areas, where she will dive into her many years working with the Material Girl hitmaker.

An industry insider told the Daily Star Sunday: “Barbara has finally put pen to paper to reveal everything about her long career.

“It will include stuff about Madonna, which is likely to really get people talking.”

Barbara, who played a big part in launching her career in the early 1980s, has worked with big A-list clients in Hollywood, such as Neil Diamond, Cher, and Mark Ronson.