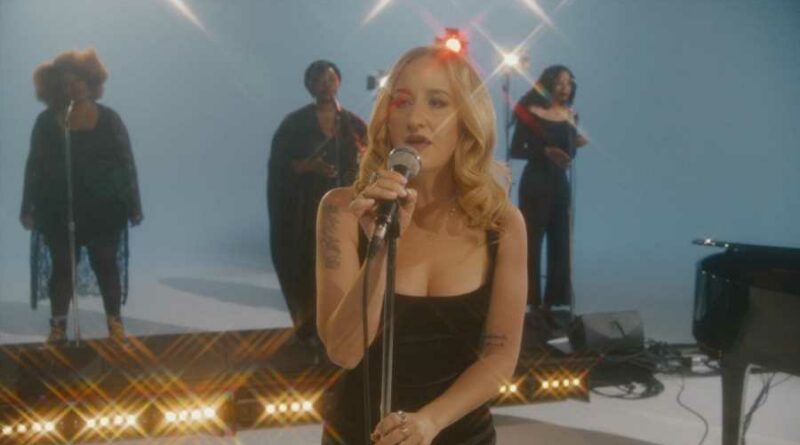 Margo Price has announced the release of a new EP. Live From the Other Side is a collection of three live performances, including a pair of collaborations with four of Price’s favorite artists: Adia Victoria, Allison Russell, the Suffers singer Kam Franklin, and Kyshona Armstrong. The all-star ensemble’s rendition of “Hey Child,” a track off Price’s That’s How Rumors Get Started album, premiered Friday night on The Late Show With Stephen Colbert.

Accompanied by a lone piano, the five singers deliver a slow-burning take on “Hey Child,” with each one putting their own vocal spin on a line. Price leads the charge and stands out front, but it’s far from a solo turn — the performance is a true collaboration.

Along with “Hey Child,” Live From the Other Side includes the chorus’ take on the Beatles’ “Help” — as interpreted by Tina Turner — and a solo Price performance of “That’s How Rumors Get Started.” Price says she’s dedicating the EP, which includes video for each song, to Turner.

“Her work has had such a massive influence on me ever since I heard her story and watched her movie What’s Love Got to Do With It when I was just ten years old. Her strength, talent and truth have inspired me endlessly and I loved performing her interpretation of ‘Help’ by The Beatles,” Price said. “I believe in the power to manifest your own destiny and I offer Tina’s Buddhist mantra to anyone who may need it: ‘Namu Myoho Renge Kyo’ means ‘I honor the Universal Mystical Law of Cause and Effect.’ Take it with you wherever you go and hope to see you down the highway.”

Price’s Live From the Other Side EP will be released July 16th. She’ll hit the road later this month, beginning with a performance at the Newport Folk Festival in Rhode Island.