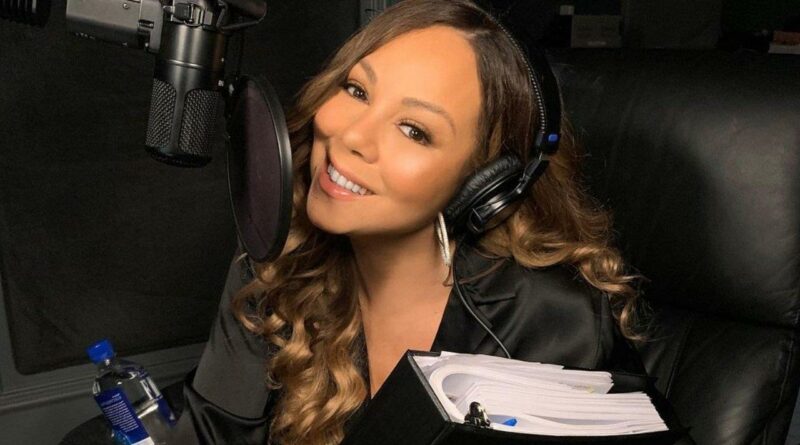 An artists and repertoire consultant who started the online banter tries to set the record straight after the ‘One Sweet Day’ hitmaker garnered backlash for her response to YTK’s ‘Let It Off’.

AceShowbiz –Mariah Carey has jokingly told an aspiring singer/rapper to talk to her lawyers after heavily sampling her “Shake It Off” hit in a viral video.

Baltimore, Maryland artist YTK revamped the superstar’s 2005 smash for his own gun-themed take, titled, “Let It Off”, and artists and repertoire consultant RNB Tommy, CEO of RnB Radar, shared a clip of the music video on Twitter on Friday, May 7.

Seeking to draw Mariah’s attention, he lightheartedly captioned it, “Mariah Carey has 24 hours to respond.”

The promo ploy worked, and the R&B icon responded the following morning, quipping, “How about y’all have 24 hours to respond to my lawyers.” 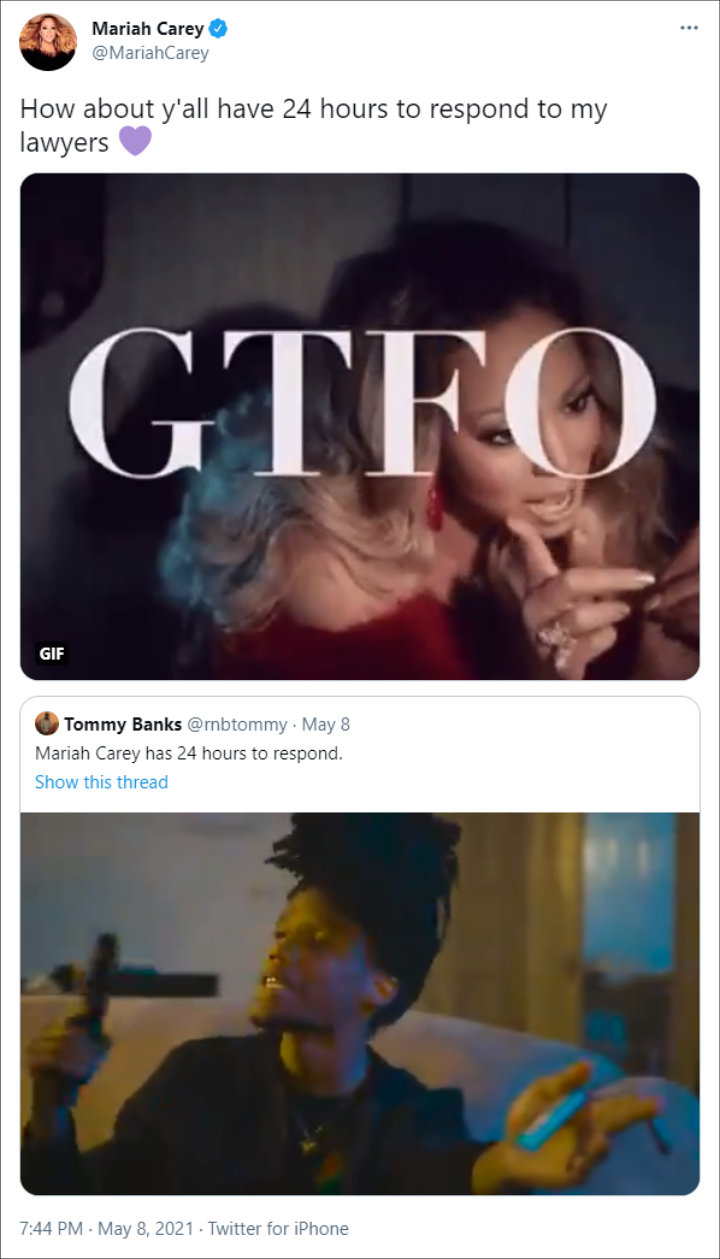 Mariah Carey made legal threat joke at artist sampling her ‘Shake It Off’ hit.

Her feisty tweet didn’t sit well with some social media users, who began calling Mariah out for apparently shutting YTK down, but Tommy has since taken to Twitter to urge haters to back off as he explained a little more about the situation.

In a follow up tweet, he revealed he’s actually been in touch with The Roots star Questlove, a close friend of Mariah’s, to try and secure her approval for the sample, but it appears the issue actually lies with her former record label bosses at Sony Music.

“hey I want to reiterate that Mariah was joking, please stop saying rude s**t to her,” he wrote. “She told that same joke to Quest Love hours before she responded to the tweet and put us in contact with the people who can help us clear it! so it’s not a problem on her end [sic]”. 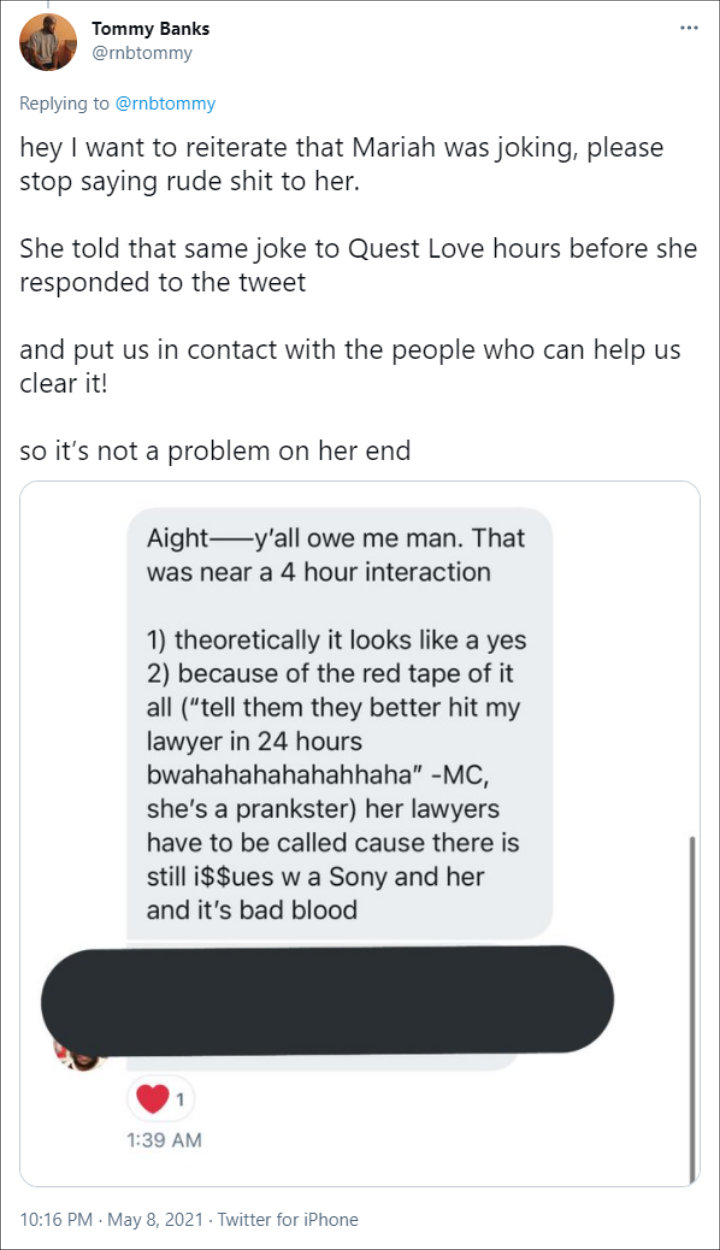 Tommy also shared his message exchange with Questlove, who reached out to Mariah himself and then explained the situation.

In the posts, Questlove said “theoretically it looks like a yes”, as he referred to Mariah as a “prankster” for her joke about contacting her lawyers.

However, he blamed “red tape” for the financial complications they will likely encounter in obtaining sample approval, adding, “her lawyers have to be called cause there is still i$$ues w [with] Sony and her and it’s bad blood [sic].”