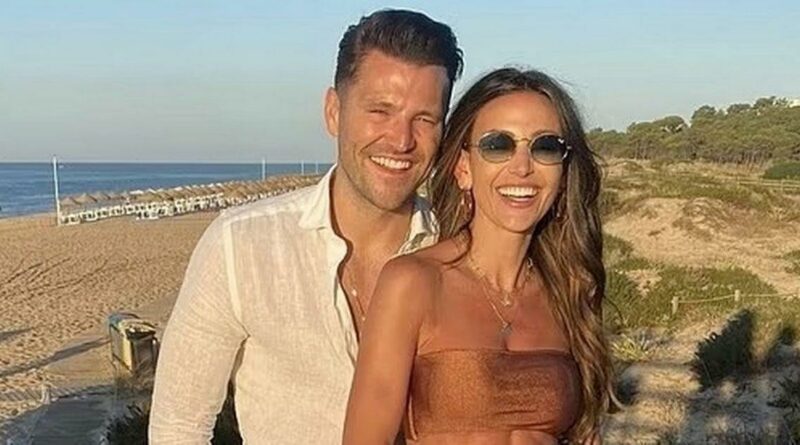 The 34-year-old former TOWIE star admitted what he calls the former Coronation Street actress when they're on their own away from others' ears.

The Heart Radio presenter shared with listeners the cute names they have for each other on his show.

Mark grinned and admitted he called his wife "treacle pant" before going on to explain the reasoning behind the unusual nickname.

The reality star revealed: "Apparently the top names to call our partners are; 'babe', I mean that's standard – I'm that, 'sweetie', nah that's not me, 'honey bun', 'boo', 'handsome', 'princess'.

"I've thrown the odd princess out to my wife before I'm not going to lie. I sometimes call my wife treacle pant.

Regretting what he had just said, Mark added: "I can't believe I just said that live on radio!"

Mark's fans couldn't get enough of the glimpse into his private life after the couple shared snaps of their luxury holiday.

The Our Girl actress blew fans away as she posed in a seriously skimpy gold bikini on the beaches of Turks and Caicos.

Mark brought his family members along for the luxurious trip – including his pregnant sister Jessica.

Jess and her husband William Lee-Kemp seized the opportunity for a quick babymoon on the holiday as they gear up to become parents for the first time.

The TV stars posed for a sweet snap with their entire family, Mark's mum and dad Carol and Mark, his two sisters Jess and Natalya Wright, as well as Michelle's parents Jaqueline Keegan and step-father Dave Thornton.