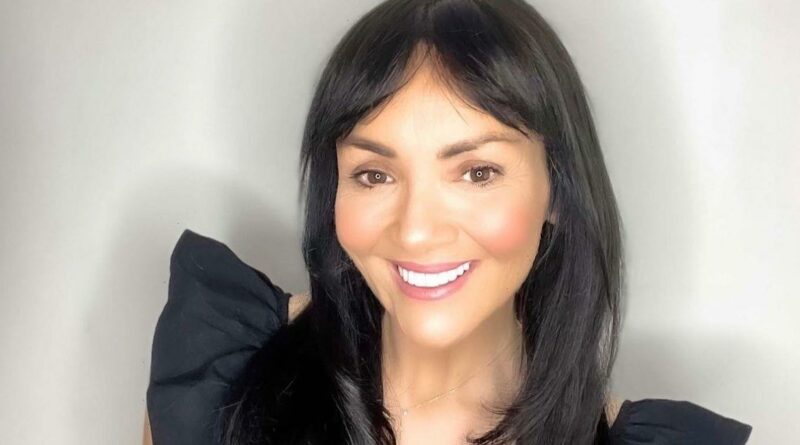 Martine McCutcheon, known for her role as Tiffany Mitchell in EastEnders, has recently revealed that she used to drink eight cans of Diet Coke in one day before she kicked the habit.

The 46-year-old, who played Natalie in Love Actually, admitted that she felt judged by the mothers at the school gate when she went to pick up her children.

The actress spoke to Gavin and Stacey legend Rob Brydon about her previous love for fizzy drinks and how she managed to overcome the obsession.

She opened up on the comedian’s podcast and revealed: “I don’t really drink tea or coffee, so the caffeine in it was my thing. I’d wake up, then be walking my seven-year-old into the playground with a can of Diet Coke and the mothers looked at me disgusted.”

McCutcheon continued: “I was drinking it at that time of day and even before I went to bed. I always had a can next to me. I loved that little buzz it gave me.”

The caffeine included in fizzy drinks can be the equivalent to half a cup of coffee and is highly addictive, with withdrawal symptoms including headaches and insomnia.

However, the star has since embraced a healthier lifestyle and managed to ditch the habit once and for all.

Martine even admitted to Rob that she is debating on returning to acting after she took a long break to focus on raising her seven-year-old son.

The former EastEnders actress shares her son with husband Jake McManus and has explained that she “took time out of the industry” because her “priority” was to “become a mother”.

However, she admitted it “took a lot longer than she thought” because she unfortunately “had a lot of problems keeping babies”.

She quipped: “The fluffy world of t*ts and teeth didn't matter any more. There was a far bigger lesson to be learned and a far bigger picture to be looked at.”

Martine also added that even though her son is now seven-years-old, she is "still a bit obsessed with being a mum" and "begrudges anything that takes her away from him for longer than a few hours" as she is "so in love with him".