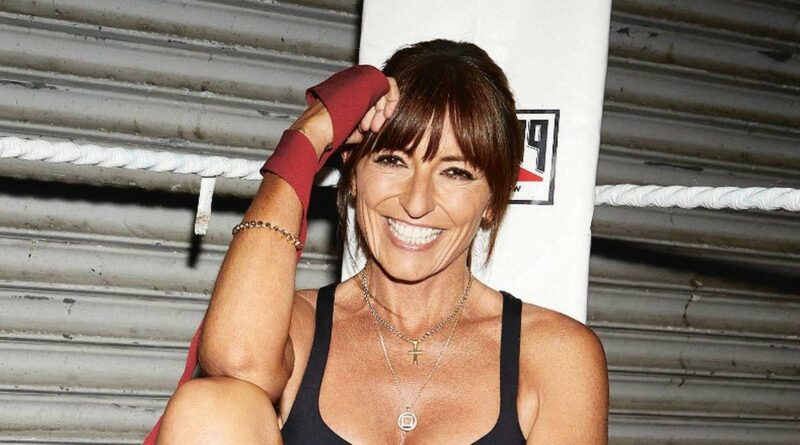 The Masked Singer star Davina McCall looks sensational as she poses in thigh-high boots in a boxing ring.

The 54-year-old showcased her toned figure in a blue crop top and black pants as she says life in her fifties is a “time of liberation."

The TV host is featuring on the cover of Women's Health.

She told the magazine: "It's a time of shedding the shackles of inhibition and of giving a damn… Because I haven't always felt like that.

"I've never met a more kind of rowdy bunch of irreverent people than menopausal women. When we're left to our own devices, we are very bloody funny."

The fitness fanatic has released 14 exercise DVD's before starting her online workout app, Own Your Goals, in June.

The online platform has more than 360 thousand users.

Davina admitted she does use her voice and platforms for menopausal women because there isn't enough information.

Discussing how she approaches exercise, Davina explained: "If I feel that I've had a slobby couple of weeks and I have put on a bit of weight or I need to tone up, I will lower my calorie intake and exercise maybe a tiny bit harder…

"[But] for me, working out isn't just for Christmas and New Year. It's not just to get in the bikini. It's to stay alive longer, and I really enjoy the way that it helps my head stay clear of negativity. It's just a win-win in every sense."

Davina told the magazine about her own emotional health, she insisted: "I have no drama…no stress. I'm just in a really good, happy, balanced state.

"Sometimes I feel a bit guilty…but I've got nothing to complain about."

Davina will appear on the celebrity panel alongside Jonathon Ross, Rita Ora and Mo Guillian on ITV's The Masked Singer which launches on January 1st at 7pm.

The celebrities will put their detective skills to the test as they guess who is behind the mask as Joel Dommett host's the hit show.