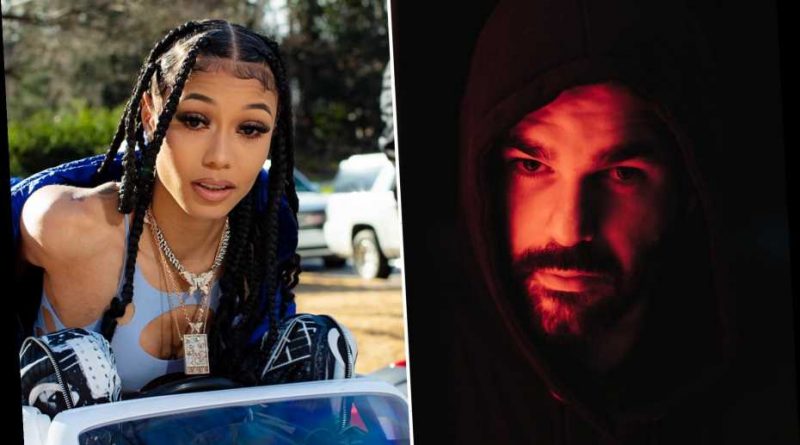 Masked Wolf, the Australian rapper behind the TikTok sensation “Astronaut in the Ocean,” leads this month’s Breakthrough 25 Chart, which ranks the fastest-rising up-and-coming artists on streaming.

It’s rare that an artist rises from obscurity to the Top 10 of the RS 100 in a matter of months. But the Australian rapper pulled it off: “Astronaut in the Ocean,” which was originally released in 2019, started to take off on TikTok in late 2020, and by mid March it was in the top 10 on the RS 100. Masked Wolf also reached the Top 200 of the Artists 500. Overall, Masked Wolf grew his streams by over 23 million in March compared to February.

Holding strong at Number Two on the Breakthrough Chart is rapper Coi Leray. In March, she managed to land two simultaneous songs on the RS 100,her breakout single “No More Parties” and the Pooh Shiesty-featuring “BIG PURR (Prrdd).”  Mooski, the singer and rapper behind the viral TiKTok hit “Track Star,” rises four spots to Number Three after “Track Star” reached the top 40 on the RS 100.

The Rolling Stone Breakthrough 25 chart ranks the artists who are seeing the greatest gains each month in audio streams. It does not include passive listening, such as terrestrial radio or digital radio. Because the chart focuses on newer music, eligible artists must not have not reached the upper ranks of the charts before. Each month, Rolling Stone publishes an official version of the Breakthrough 25 chart, covering the four-week period ending with the previous Thursday.