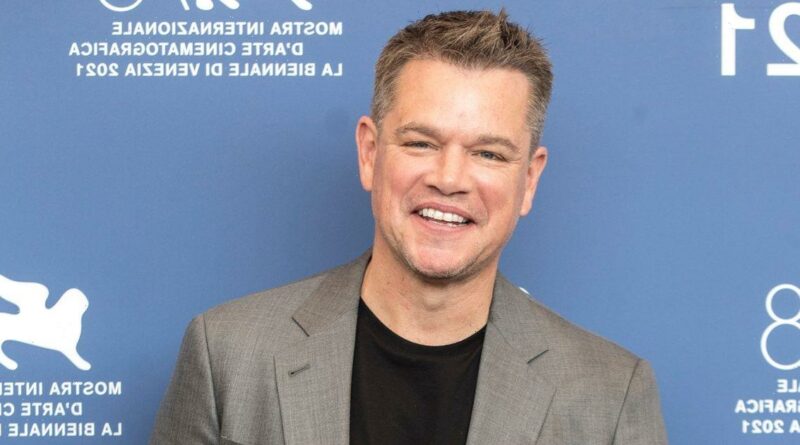 Matt Damon is known as one of Hollywood's greatest exports for his undeniable acting talent.

He has a string of prestigious award nominations and wins under his belt, and has been praised as one of the nicest guys in showbiz.

However, Matt hasn't always been on his best behaviour – in fact, some of his actions have led to some very controversial moments in his life.

As he celebrates his 51st birthday on Thursday we take a look at some of his less award-worthy moments.

In 2015 Matt had to apologise after he got into an argument over diversity in movie making.

At the time he was accused of "Damonsplaining" to Dear White People creator Effie Brown.

At the time he explained: "I believe deeply that there needs to be more diverse filmmakers making movies.

"I love making movies. It's what I have chosen to do with my life and I want every young person watching to believe that filmmaking is a viable form of creative expression for them too.

"My comments were part of a much broader conversation about diversity in Hollywood and the fundamental nature of which did not make the show."

When he did eventually apologise for his misplaced words the statement read: "I am sorry that they offended some people. "But, at the very least, I am happy that they started a conversation about diversity in Hollywood. That is an ongoing conversation that we all should be having."

When Matt was on the promo run for his latest movie Downsizing in 2017 he failed to show sympathy for the victims of the very prevalent Me Too campaign – and instead expressed his concern for the men of Hollywood who weren't gaining attention by being named as part of it.

He said: "We're in this watershed moment, and it's great, but I think one thing that's not being talked about is… the preponderance of men I've worked with who don't do this kind of thing,"

He ended up trending on Twitter and one user condemned him for feeling he deserved to be congratulated for not being an abuser.

They wrote: "Dear Matt Damon, we should never find ourselves in a position where not being a sexual predator is so remarkable that it's worth talking about, and if we do, we'd better be devoting even more time to combating and talking about sexual violence.

It didn't help matters that Matt had already failed to see the point during an interview just days beforehand.

While talking on ABC's popcorn he said: "There's a difference between, you know, patting someone on the butt and rape or child molestation, right? Both of those behaviours need to be confronted and eradicated, without question, but they shouldn't be conflated, right?"

In a recent interview with The Sunday Times Matt admitted that he only recently stopped using the "f" word to describe gay people because his daughter called him out on it.

He explained: "The word that my daughter calls the ‘f-slur’ for a homosexual’ was commonly used when I was a kid, with a different application.

"I made a joke, months ago, and I got a treatise from my daughter. She left the table.

"She went to her room and wrote a very long, beautiful treatise on how that word is dangerous. I said, ‘I retire the f-slur!’ I understood."

Needless to say, the comments caused quite a stir amongst the LGBTQ community – but it looks like Matt is doing his best to make up for them now.