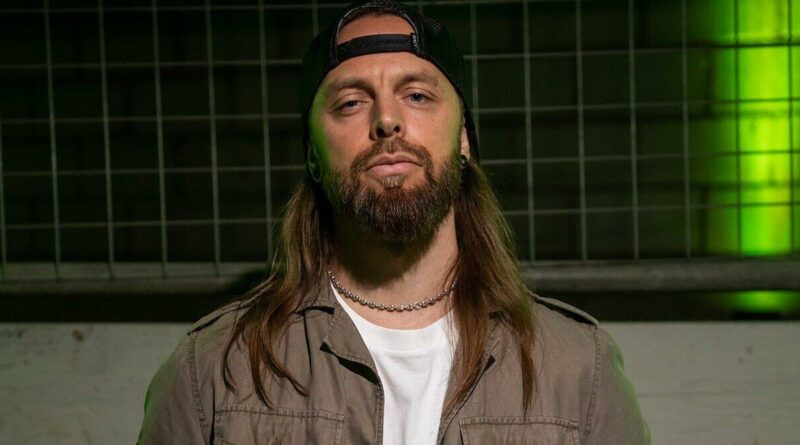 Bullet for my Valentine have had a bumper year. After releasing their self-titled seventh album in November last year, the Welsh rockers hit the road throughout summer 2022 and got back into the groove of hitting the stage every single night. And when I met the band’s frontman Matt Tuck in a warehouse deep in North London for a secret Call of Duty: Modern Warfare II event, I saw a different side to the metal icon.

Tuck was invited to play in the Call of Duty (CoD) tournament by Big Zuu, an internet personality who built a team to take on Chunkz in an organised battle for supremacy. The entire underground event was organised to kick off the launch of Activision’s latest military shooter.

While Tuck may not seem like a big gamer at first, he assured me he’s been a fan of Call of Duty since 2009. “Black Ops is in my heart,” he chuckled, referencing the 2010 Treyarch shooter. “Nothing really compares past that. That’s my game!” He hastened to add: “All of them are fantastic, and it’s just those little increments [that make each game better].”

Just like being in Bullet, Tuck was part of a wider team in this tournament. But that didn’t mean he was any less confident in his work. “I want to win!” he exclaimed. “I’m going to be a team player and do everything I need to do, [and] get as many kills as I can. I’m very competitive, so hopefully, team Zuu can get the win and celebrate. [Otherwise] there might be some broken controllers!”

This competitiveness worked in his favour, as his team won the tournament outright – and Tuck even claimed the first kill of the game.

This ambition to win runs true in how he writes and records music with Bullet for my Valentine, as well, he shared. Of late, Tuck revealed he’s been furiously devouring Bleed From Within’s latest album, Shrine. He laughed: “It’s quite annoying how good they are! They’ve really stuck a firecracker up my a**e… which is good! It’s getting me fired up getting me inspired.” How often does that happen? “Not often,” he admitted. “I am competitive, but I am also, kind of, respectful and… I get it, you know? I understand what it takes to write an album like that. I know how deep you have to dig.”

Tuck was keen to point out that this was, and is, Bullet for my Valentine’s mantra. They are not trying to write music purely to become (even more) famous. Speaking about the overwhelmingly positive reception to their most recent album, Bullet for my Valentine, he humbly nodded: “We’re never that kind of band that requires the love back. We just do it because that’s what we do. We’re musicians. We’re fans. We love that record. There’s so much depth to it, so much complexity, so much heart, soul, blood, sweat, tears. Especially because it was written and recorded during the f*****g pandemic.”

Thankfully, this stunner of an album will be featured more prominently in their upcoming tour. Early next year Bullet for my Valentine are hitting the road once again, but on one of the biggest tours they have dared to embark on in years. Over seven weeks, the band are venturing through almost all of Europe as well as the UK. “I think we’re just throwing in a few more new songs [on the setlist],” he mused. “We always have the solid go-to set from our past that we have to play – which is great – but I like to stretch out the set rather than delve into the deep cuts, I think.”

He added: “The album deserves more songs to be played from it. It’s a phenomenal record so we want to play more off of it.”

While we were reminiscing about self-titled, talk turned to Scream Aim Fire, the band’s Gold-certified sophomore album which turns 15-years-old next year. But Tuck didn’t seem interested in detailing any celebrations for it just yet. “We’ve got so many albums,” he sighed. “Every year there will be some kind of anniversary. We’re just focused on the future now.”

With that in mind, Bullet have already committed to getting back to recording. He said the band are diving back into the studio later this month – although he wouldn’t commit to an announcement of a new album.

He smiled: “I think we’d like to get some ideas down. Maybe we can knock something together for the tour, maybe a one-off song just to promote the tour. Just to keep that momentum going. Keep moving creatively and in touring.”

Call of Duty: Modern Warfare II is out now.

Buy tickets to Bullet for my Valentine’s tour here.