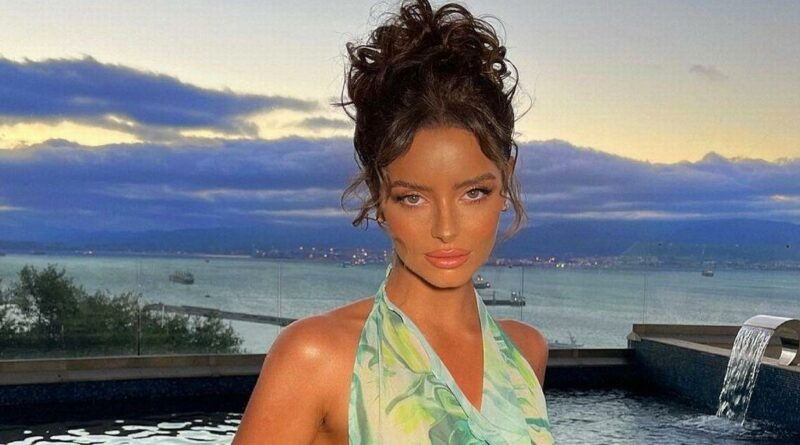 Love Island star Maura Higgins and Strictly's Giovanni Pernice have sent the rumour mill into overdrive once again after eagle-eyed fans noticed the the pair had matching photos from the Italy vs Austria football game in Wembley during the weekend.

Though several football fans had their eyes firmly fixated on the match, some fans were in a rather investigative mood and noticed that the stars both shared images from the stadium around the same time.

Maura, 30, and Giovanni, 30, were believed to have checked into the same Cornish hotel a few weeks ago too, according to reports.

Taking to Instagram stories over the weekend, Irish babe Maura shared a short video while in the stadium as she panned her camera around to showcase the atmosphere.

Professional dancer Giovanni also posted a very similar snap on his social media account where he appeared to be seated in a similar location in the grounds.

Last month, Maura broke the news to her fans that she and her Love Island co-star boyfriend Chris Taylor had decided to call time on their relationship but insisted that they would still remain friends.

Taking to her Instagram at the time, the former Dancing On Ice contestant penned: "It breaks my heart to even type this, but I wanted to let everyone know that myself and Chris have made the joint decision to end our relationship.

"There is no wrongdoing on either side… we still love, care and respect each other deeply. From the minute we met each other we've been very close friends and that will never change.

"There is no regret. Life is about taking chances. We wanted to make this work but we have realised we work better being friends."

But several fans who followed the couple speculated that the relationship was over weeks before, as they noticed Chris apologised to Maura with his Instagram caption.

Sharing a steamy picture of himself and Maura in a hot tub, the Love Islander wrote: "Sorry for being born a grade-A penis babe and thanks for your patience."

Taking to Twitter to announce the news, the Strictly star penned: "Ashley and I have made the decision to separate as a couple.

"We remain friends and wish each other well for the future."

Due to the fact that Maura and Giovanni have both confirmed that they are single, fans may actually be on to something.