McFly fans are sending Tom Fletcher all their love as he posted a photo of himself yesterday (May 3) in hospital.

The star posted a selfie of himself all tagged up and in a hospital gown while waiting for a tongue biopsy.

The short procedure involves (apologies if you’re squeamish, by the way) removing a bit of the tongue so doctors can examine it under a microscope to check for whatever is abnormal.

It sounds particularly unpleasant, with fans wishing him luck and warning him that it really hurts afterwards.

Following the biopsy, he posted another selfie to his story with a cartoonishly oversized gif tongue, captioned: “All the staff have been awesome. The NHS rules.

“Special thanks to the young nurse who held my tongue.” 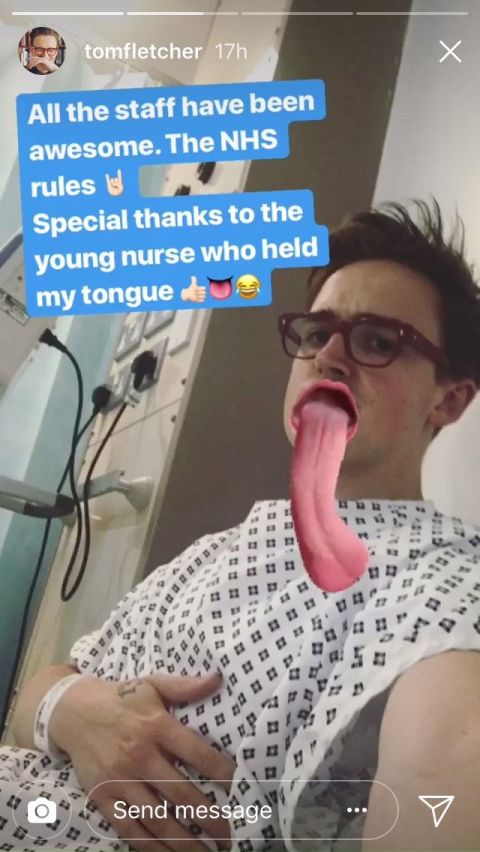 He later posted in a video of himself, back in his normal clothes but wincing in pain as he talked.

“My anaesthetic is wearing off…” he said, adding it “really hurts. Stitches in the tongue, owwww.”

Still, it looks like the procedure went well and today Tom is back to business, posting on Instagram that he’s lending Busted a guitar for their new album. 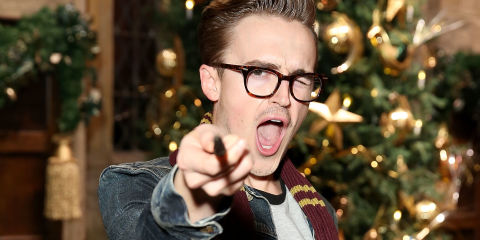 Tom and his wife Giovanna announced back in March that they were expecting a third child in September to join their sons Buzz and Buddy and, in Tom’s words, “make it a trilogy”.