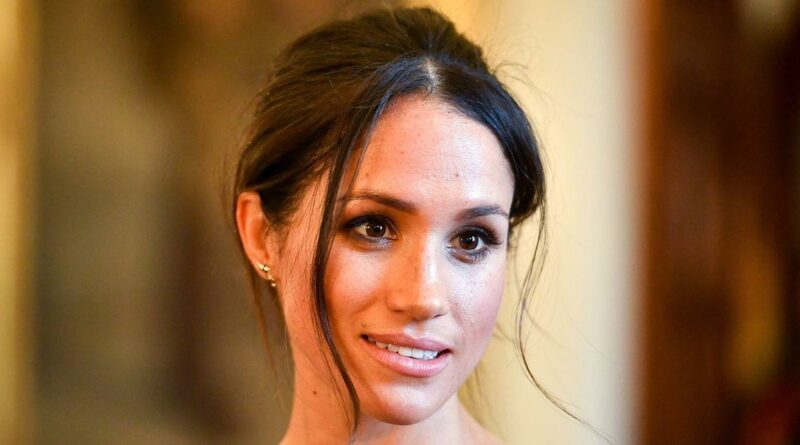 Meghan Markle "alluded to herself" with the title of her new Netflix show, a royal expert has claimed.

The streaming service announced earlier this week that Archewell Productions – the company run by Prince Harry and Meghan – were to develop a new series named Pearl.

Meghan will act as the executive producer on the family series alongside Elton John’s husband David Furnish as well as Carolyn Soper, Lis Garbus, Dan Cogan and Amanda Rynda.

The news was discussed on this week’s Palace Confidential podcast, where the Daily Mail’s diary editor Richard Eden noticed a link with the title and Meghan.

Will you be watching Pearl when it's released? Let us know in the comments below He said: "It sounds fascinating, it sounds – as we have come to expect from them really – it's very me, me, me, isn't it?

"Well interestingly, even the name Pearl, I think that is the Greek origins of the word Megan – it originally comes from [the word] pearl.

"I think there is an allusion to herself there."

The name Meghan originates from Margaret, which has its origins in the Greek word for pearl – Margarités. All the variations of the name, including Megan and Megyn, have their origins from the Greek word for pearl.

The new series will centre around the adventures of a 12-year-old girl, who is inspired by a variety of influential women from history.

Meghan herself was a feminist activist from a “very young age”, Richard noted. He referenced how the former actress took on Procter & Gamble over their “sexist” advert when she was just 11 years old.

Charlotte Griffiths, the Mail on Sunday’s Diary Editor, also weighed in on the new project.

“It is worthy, I’m just not sure it’s going to get the audiences she’s hoping for,” she said.

Richard responded that Meghan will need to do things differently from her first children’s book The Bench, which was released earlier this year.

“The thing about The Bench was it was very worthy but it was dull,” he said. “Essentially, it depends on whether they can make this interesting.”

Harry and Meghan announced last September that they had signed a multi-year deal with streaming giant Netflix.

The precise fee of the deal has not been revealed, but it is reported to be as much as £108million.

For more royal news, make sure you sign up to one of our brilliant newsletters here.